Social organizations are warning of a dramatic increase in the number of poor people in Germany as a result of welfare reforms being implemented next year. Children will be among the worst affected by the changes. 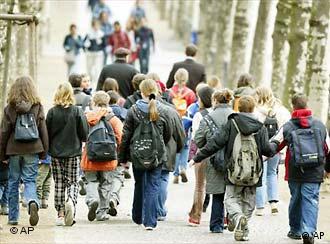 Families that rely on food banks because they've run out of money for groceries; children that go to school sick because their parents can't afford a visit to the doctor; cities that are divided along lines of social class and income.

It's not the normal picture that comes to mind when imagining life in Germany. But experts are warning that it's the reality awaiting Germany following the implementation of the government's package of unemployment and social welfare reforms, known as Hartz IV.

Once the new package of laws goes into effect in January 2005, the number of poor people in Germany will increase from 2.8 to 4.5 million, according to an association of German charities.

In European countries, poor people are generally seen as those who live on less than half the average national income. In Germany, the average income is roughly €2,200 ($2,700) per month. But in making their predictions, charitable organizations count the number of people currently living on the lowest level of social welfare assistance.

The new law merges social assistance and second tier unemployment payments, meaning those relying on welfare will suddenly have to make do with far less money. After Hartz IV, they'll have a monthly income of €345 minus rent payments, which will be covered by the state.

Werner Hesse, the head of the Paritätische Wohlfahrtsverband charitable association told DW-WORLD that this new reality will have visible consequences for all Germans, especially if families on welfare are forced to relocate to areas with cheaper rents, creating ghettos of the poor and unemployed.

"Previously, social classes were mixed and people on benefit lived next to more affluent families," Hesse said. "But if people have to find cheaper apartments, the population will be more segmented -- society will be separated according to who's wealthy and who's not."

The German Anti-Poverty Conference predicts that the consolidation of welfare payments will have the most drastic consequences for children, with the number of minors living on social welfare increasing three-fold after Hartz IV. 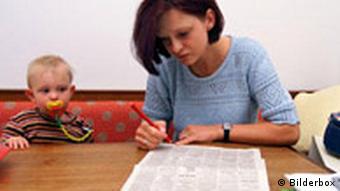 "It's the biggest problem we're facing," Paul Saatkamp, spokesman for the National Anti-Poverty Conference, told DW-WORLD. "There will be connections with education and health. Socially disadvantaged kids also face disadvantages in school, they tend to get sick more often. We always hear in this country that people need to have more children, that we need more young people for our economy, but after Hartz IV we'll have 150,000 young people out on the streets with no hope for the future."

Saatkamp said that politicians are only paying lip-service to the problems facing Germany's poor youth, and that currently, the political instruments to change their fate don't exist.

"The government isn't listening," he said, adding that after the government passed it's unpopular Agenda 2010 package of economic and social welfare reforms, attitudes changed. "After Agenda 2010, it was 'Grit your teeth and get on with it.' The governing parties and the opposition are of the same opinion, which is that these reforms are going to go ahead on the backs of the poor in Germany."

Many politicians and economists in Germany say the government has no other choice but to push through welfare cuts and other reforms if the country hopes to get its economy back on track. 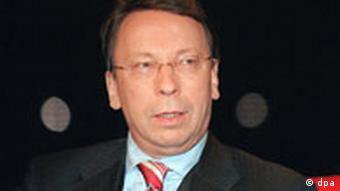 The Social Democrat's parliamentary group leader, Klaus Uwe Benneter (photo), recently called for a change in mentality on the cuts in unemployment benefits.

"We shouldn't be paying money for doing nothing," Benneter said, adding that the new welfare rules under Hartz IV need to be taken on as a "giant task for all of society."

But even leading German researchers in Germany who see the positive aspects of Hartz IV say that too much is being asked of people who are going to have to get by on too little.

Thomas Kieselbach, who chairs the Scientific Committee on Unemployment and Health for the International Commission on Occupational Health, said he approves of the new, more proactive measures to fight long-term unemployment, such as more intensive career counseling in the early stages of unemployment.

But the Bremen University professor told DW-WORLD that the psychological impact on the millions of unemployed who'll suddenly see a drastic reduction in their financial support will have long-term consequences.

"If you look at the development of countries that have already been through this process in the 90's, then Germany will likely follow with an increase in social inequality," Kieselbach said. "This could lead to a deeper cleavage between social strata in our society, and there's an increased potential for social conflict."

These social changes are unlikely to go unnoticed by the international community. Paul Saatkamp of the National Anti-Poverty Conference said Germany can expect its image abroad to change if nothing is done to combat the increasing social exclusion of the nation's poor.

"After the reforms, we'll have the argument that we had to keep in step with globalization, that the social welfare system we had before was impossible to maintain," Saatkamp said. "But the image of Germany as a country with a social conscience is only going to get worse."

Horst Köhler, former president of the International Monetary Fund, was sworn in today as Germany's ninth post-war president. In a speech before parliament, he called for a renewed drive toward economic renewal. (July 1, 2004)

More information on poverty in Europe