Expert Says Journalists Are Needed, If Not Wanted, in Gaza | Europe | News and current affairs from around the continent | DW | 06.01.2009

Expert Says Journalists Are Needed, If Not Wanted, in Gaza

DW-WORLD spoke to German media expert Jo Groebel about the importance of citizen journalism in reporting the conflict in the Middle East -- and the opportunity that presents for professional journalists. 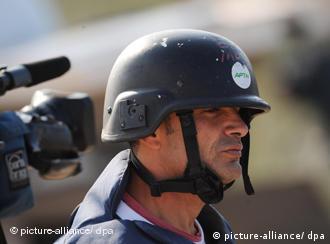 DW-WORLD.DE: Has widespread use of the Internet changed the way this crisis is reported compared to earlier conflicts in the region?

Jo Groebel: The Internet has in a remarkable and nearly dramatic way changed the way events like the conflict between the Gaza region and Israel have been reported.

In earlier times it was always the case that of course, an army tried to avoid most uncontrolled reporting by journalists. Now, even if an army tries on the one hand to block journalistic access to an event, there is an alternative public sphere where each individual who is part of the event can create a report, as long as they have access to the Internet or a computer.

The problem, and the challenge, is that these reports are not automatically steered by journalistic ethics or a professional approach.

Does this mean both Hamas and Israel have a greater chance of using citizen journalists to manipulate content and spread their own propaganda?

The media have always been a major instrument of war. Some people even say they are more important to influencing public opinion than traditional arms and weapons. 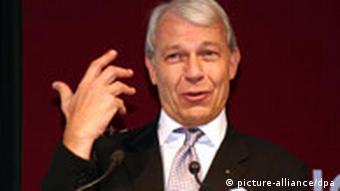 Now with this informal media, we have an even greater likelihood that each involved party tries to influence the respective informal communication, and its even simpler to do that than to try and influence traditional journalists -- at least as long as these journalists try to maintain their ethics and independence.

Are there any advantages to the proliferation of home-grown reports?

At best, we get a very authentic picture of the events. But we still have to be extremely careful in taking sides one way or the other, because there is such a high percentage of manipulation or opinion-influencing on the Internet.

How does the media's use of this kind of 'citizen reporting' affect public opinion? Can ideas more easily be swayed this way -- or do people just seek out information on the Internet that will verify their own ideologies?

We can see can see there has been a certain change of opinion in this conflict. In the beginning, polls showed that people applauded the Israeli attack as a justified reaction to the permanent bombings and attacks from the Hamas side.

Right now the image has slightly changed. We suddenly see there are innocent victims. And it shows that in such a complex, broad, ongoing situation, opinions are open for change-- and thus also for manipulation on the Internet.

It just means we have to be more and more careful about drawing final conclusions based on subjective impressions and individual images.

So how can the end user get a balanced view of the Gaza-Israel conflict, given the diversity of sources available?

Instead of immediately taking sides, one should be as careful as possible, and try to get as much different information as possible -- from journalists, from political statements, and also from the blogs and other sources, not just from one single source. Then you should try and combine those impressions. That's the way to get an objective view.

Not to be glib, but how many people have the time to do that kind of research and synthesis?

This proves my point, that it is still the hour of the journalist.

Even if journalists don’t have immediate access to events, or have more problems in getting access -- it is still up to them to act as a reliable filter or interpreter of events. They should evaluate the second and third sources, and summarize what has been reported and present it to the public.

I believe as long as we are living in a world where journalists have professional training and ethics to follow, they are still the best source to trust.

On the other hand, journalists need to make it clear if certain information is ambivalent, or if there is no clear-cut view. It means the end user doesn't need to combine all these sources.

Can we draw any conclusions from this conflict about the larger questions of citizen journalism versus sponsored journalism?

This case of the Israel-Palestinian war shows clearly that there is no alternative to professional journalism -- and definitely not citizen-based communication. At best they interact and cooperate, but one does not replace the other.

Jo Groebel is the director of the German Digital Institute (jen)

As the international community says that Israel's image is suffering, Red Cross officials called the last 24 hours the most terrifying night yet of violence in Gaza. (06.01.2009)

Civilian deaths continue to rise in Gaza as Israel's ground assault enters its third day. EU diplomats are trying to mediate, but their chances are poor. (05.01.2009)

Kiran Nagarkar, a native of Mumbai and author of several novels, including "God's Little Soldier," spoke to DW about terrorism and the media's role in covering it in the wake of the two-day long siege on his hometown. (28.11.2008)