'Everything must be done to save lives,' says Germany's Merkel on refugees

When it comes to housing refugees, Germany's 16 states say they are left in the lurch by the federal government. More refugees head to Germany than any other European country. But the doors are hardly wide open. 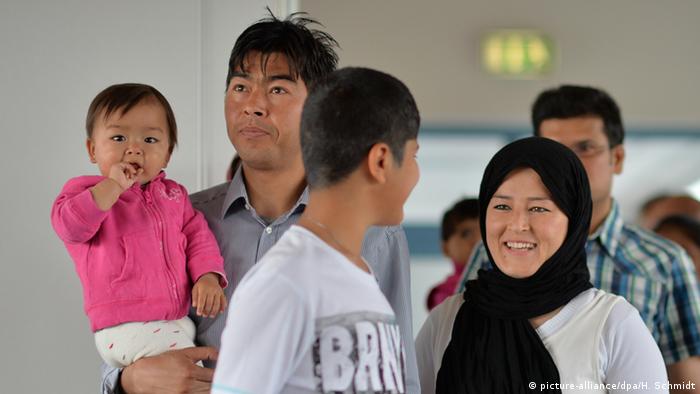 At a summit between the heads of Germany's federal states and central government leaders on Thursday, agreement was reached between the two factions on refugee policy.

An "action plan" was hammered out that will allow for quicker resolution of asylum cases, meaning that asylum seekers who are granted access will be given it sooner, and those deemed unworthy of asylum will be deported sooner.

"We have a lot of work before us," Chancellor Merkel said Thursday as the summit was adjourned.

"The spirit of community is growing in Germany," she added. "This is a community of responsibility."

'Only the first step'

Merkel said the federal government was prepared to double its annual financial contribution for the accommodation of refugees to 1 billion euros. This would be used for languages courses, more personnel, and for integration courses.

The chancellor also said German national insurance coverers were prepared to take on costs for the medical care of refugees.

The state premier of Brandenburg, Dietmar Woidke, said the measures agreed upon represented a "breakthrough" in federal and state asylum policy. Reiner Haseloff, state premier of Saxony-Anhalt, also praised the ability of federal and state politicians to work together on the "touchy subject" of refugees. Earlier this year, a planned asylum home in Saxony-Anhalt town of Tröglitz was the target of an arson attack perpetrated by suspected right-wing extremists.

Around 40 percent of the 186,000 asylum seekers registered in the EU in the first quarter of 2015 applied for papers in Germany, according to data provided by Eurostat, the EU's statistical agency.

Many of those fleeing Africa and the Middle East embark on perilous journeys across the Mediterranean Sea.

"By far the most urgent task is improving sea rescue operations [in the Mediterranean]," Merkel told the lower house of parliament on Thursday. "The tragedy, which plays out again and again, profoundly affects us all," she said. "We all agree that everything - really everything - must be done in order to save lives."

The east German town of Tröglitz has received its first refugees, two months after an arson attack at a hostel originally slated to house the new arrivals. Anti-migrant protests in the town have drawn global attention. (10.06.2015)