Photographer Peter DiCampo and writer Austin Merrill only wanted to fight stereotypes about Africa when they launched Everyday Africa on Instagram. Now, their efforts have become a global movement: Everyday Everywhere.

Life happens around us everyday, everywhere, but only rarely do we get to see everyday situations in the media. Everyday images aren't interesting, important or "sexy" enough - that's what photojournalists are told when they are trying to sell images deemed "too normal" by media outlets, says photographer Peter DiCampo. That's why the 30 year old decided to start Everyday Africa on Instagram with writer Austin Merrill.

The account shows images of everyday life across Africa. It has become so popular that several similar accounts opened shortly after: Everyday Middle East, Everyday Asia to Everyday USA are just some of the few Everyday Everywhere accounts.

"I always had this idea that I'll be 'a voice for the voiceless' or 'an extra eye for the world,'" says DiCampo, who lives in Seattle.

But after living in Ghana for two years, he changed his mind.

"It taught me I shouldn't always look for the dramatic. I also began to think about the vision we have about Africa - a mistaken one," he says.

The media's chase after the unusual or the heroic was frustrating for many photojournalists who felt they are serving the opposite goal of what they should have been doing. 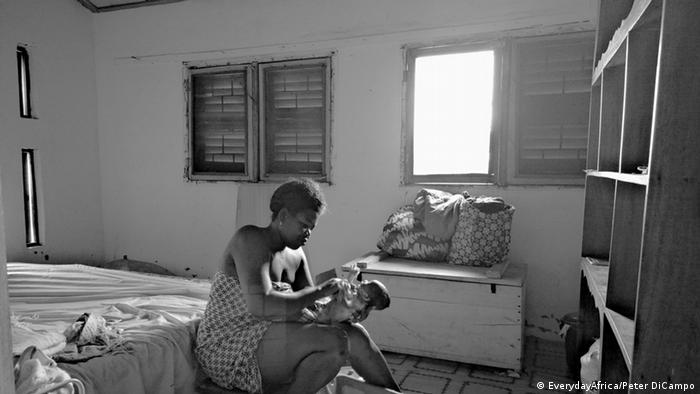 "I could only sell images of bearded Salafi men protesting or women wearing niqabs, even though these people are a tiny percentage of the population," Lindsay Mackenzie, a Canadian photojournalist who was based in Tunisia at the time of the Arab Spring, told DW.

"I felt I was part of the problem, part of a dehumanization of a whole region," says the photographer who founded the Everyday Middle East account. "I started it up because it's where I've spent the most time and where I think the stereotypes are the most prevalent and damaging."

Looking for the extremes

DiCampo's stay in Ghana ended in 2009. In March 2012, he returned to Africa with Austin Merrill, who had lived in the Ivory Coast for many years. They were working on a post-conflict story, a year after the second Ivorian civil war ended.

"We were not in the middle of a crisis at the time, so you could see a lot of normalcy, but for some reason we were still chasing the extreme - photographing refugees or interviewing victims of rape," DiCampo says.

DiCampo and Merrill realized they share the same criticism.

"The media didn't fit with what we knew about Africa, so 'on the side' we started shooting with our cell phones. Within the first days I photographed a group of men standing in an elevator, and the words 'Everyday Africa' popped into my head," DiCampo says.

He shared his idea with Merrill, and they spent the next weeks shooting with their phones.

Neither DiCampo nor Merrill realized their idea would become a huge success.

"The goal was simple. There was a gap and we tried to fill it. We wanted to show the daily life we don't normally get to share," says DiCampo.

"Only then we started to have deeper educational goals," DiCampo says.

And the project has become more than a feed. Last September, Instagram invited the Everyday projects from around the globe to have their own exhibition at a Brooklyn photo festival called Photoville. The accounts' representatives were updating each other about their future plans and goals, and setting up committees to assure progress is made.

DiCampo and Merrill also got a grant from Open Society Foundations to create a classroom curriculum - they came up with a pilot for middle school pupils in the Bronx. DiCampo is lecturing at a high school in Chicago, and he is planning the first curriculum outside the US. He and Merrill will travel to Mombasa, Kenya, in the coming months.

"I'd like to find a way to get mobile phone cameras in the hands of people who can't afford one themselves, so that we don't only show the 'everyday' of the affluent, urban elite," says Everyday Middle East founder Lindsay Mackenzie.

One thing that stands out about the Everyday accounts is that most of them were established by western journalists. But for DiCampo, the advantages still outweigh the disadvantages. 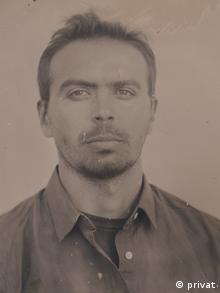 "I was comfortable with the fact that most of us were not Africans since I felt we were criticizing a western system," he explains.

"The problem of the stereotyping of the region originates in the Western media, so the solution should originate there as well," she says. "I find it odd that the media is obsessed with accuracy on a micro level - in each individual article names and facts are checked as part of the reporting process - but we don't seem to be worried about the accuracy of the macro level - the overall picture that we portray of a region."

"The projects are questioning the way we have covered regions and provide an alternative," she adds.

"I don't think it's a surprise," says DiCampo. "We're all frustrated with the confinement that we placed on ourselves. There's a fatigue within the media audience to look for the negative so it's amazing to realize that there's a hunger for familiarity too. I think the world was just ready for this."

How video blogging is changing the media industry

More and more video bloggers, vloggers, are taking their online fame to television. DW takes a look how their online appeal is transferring to mainstream media. (12.11.2014)

In the face of a huge backlash and accusations of body-shaming, Victoria's Secret has amended its "Perfect 'body'" campaign. Advocates, however, are still calling for the company to apologize for 'harmful marketing.' (06.11.2014)