Even election augur can′t predict how France will vote | Europe | News and current affairs from around the continent | DW | 13.04.2017

Even election augur can't predict how France will vote

The French village of Donzy normally chooses the winner in presidential elections. But this time around, even there people are struggling to gauge who will win the race, Lisa Louis reports. 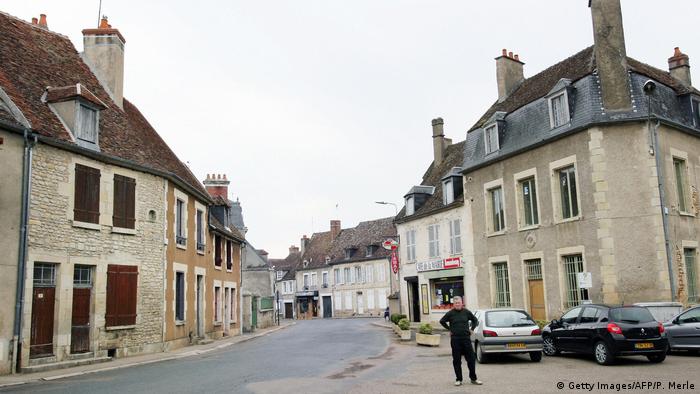 After an extraordinary French presidential election campaign, even those who always get it right seem to be having difficulties predicting the election's outcome.

The picturesque village of Donzy in central France has voted almost exactly the way the country has voted for the past 30 years. But things seem to be different this time around, says foie gras producer Frederic Coudray, who has been working in Donzy for 20 years.

"The mood has never been more gloomy," he told DW.

"People here are fed up. Everybody is complaining. They want a new president. Here in the countryside, many people feel that politicians have forgotten them."

After five years in power, the Socialist Francois Hollande is the most unpopular president in the country's history: fewer than one in five Frenchmen and -women have a positive opinion of him.

Economically speaking, the bottom line doesn't look good either: Growth is below the European average, at 1.1 percent in 2016, and unemployment remains high, at around 10 percent. 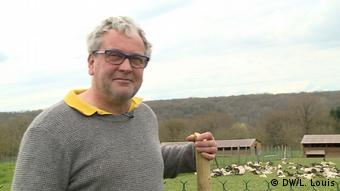 Coundray is rooting for Emmanuel Macron and the European Union

Leftists have been disappointed by Hollande's economic policy, which they perceive as far too market-orientated. A controversial labor market reform last year triggered months of violent protests. Those on the center-right and many entrepreneurs, by contrast, say the president's reforms haven't gone far enough in simplifying France's very complex labor laws.

Read: Who would be the greenest French president?

Duck breeder Coudray is hoping this disenchantment will bring Emmanuel Macron to power. The former economics minister is running on an independent ticket with his new centrist movement "En Marche!" (Forward!) and looks likely to get through to the second round of voting. His pro-business and pro-European stance appeals to the duck breeder. "I like it that he combines proposals from the right and the left. And he is the only one to really defend the European Union, which after all, has brought us 70 years of peace," he opined.

But not everybody agrees with Coudray. "Many here are in favor of the far-right party, the National Front. And they are saying it out loud in the streets and cafés. That used to be a taboo. It's astonishing how things have changed."

One of them is Jacques Bouet, who works at the foie gras factory. The 43-year-old says he's had enough of the scandals rocking the political system. The latest one has plagued the center-right candidate, Francois Fillon, who has been accused of paying his wife and children about one million euros in public money for work they didn't do. The scandal has dragged Fillon down from the pole position. He is now competing with far-left candidate Jean-Luc Melenchon for third place. Socialist candidate Benoit Hamon comes in fifth.

Read: In France, an industrial town grapples with a shifting economy

"I am disgusted by what's happening in politics," Bouet said.

"My boss and I are working hard to finance these people. I just don't want this anymore. We should try something new. We should try [the National Front's] Marine Le Pen. And yes, I am not ashamed to say so." 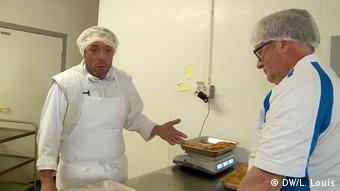 Le Pen, of course, has been caught up by her own job scandal. Her party is accused of having paid staff using EU funds. But the party leader has been depicting herself as the victim of a system that is trying to bring her down with false allegations. A strategy that seems to be convincing many voters - including Bouet.

Current polls are predicting that the far-right leader will come either first or second in the first ballot on April 23. She would then lose the second round of voting against Macron, according to the latest forecasts.

A place representative for France

But many increasingly feel they can't trust the polls. Especially after the surprise Brexit vote and the unexpected outcome of the US presidential election.

In France, the polls have also gotten it wrong of late - such as during the primary elections held by France's established parties, the Socialists and the Republicans. None of the outsiders who won the ballots were expected to.

So could the mood in Donzy be an indicator that more people than expected will vote Le Pen and she will win the presidency? Mayor Jean-Paul Jacob doesn't think so. "I believe our so-called 'republican front' will work as usual: Supporters from other parties will pool their votes - against the National Front and in favor of the other run-off candidate - in the second ballot."

The mayor believes Fillon or Macron will eventually win the election.

Perhaps. That the village of around 1,500 two hours south of Paris has so often been on the mark in elections indicates it could be somehow representative of France. 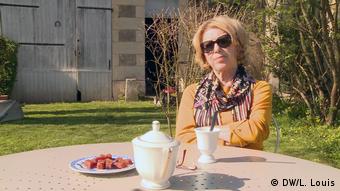 "We normally vote the way France votes, because we are representative of the French countryside, its traditions, its habits. Many families have deep roots in our village. And we have a high proportion of elderly people just as in the rest of the country," Jacob explained.

The die is not yet cast

But maybe the conclusion to draw from the situation in Donzy is this: The outcome is still very much up in the air. That's at least how Cecile Kreweras feels. The pensioner's family has lived in the village for decades.

"The campaign is just so confusing and surprising: A scandal brings down the frontrunner, and now none of the established candidates are likely to get through to the second round of voting," she said.

"And the TV debates haven't clarified things - it's really hard to remember which of the 11 candidates has put forward which proposal," she said.

"I am convinced many people will decide at the last minute, literally when they are standing in the voting booth."