EU's Mogherini warns US not to 'interfere' in European politics

The EU's foreign policy chief has cautioned Washington about meddling in the bloc's political life. Trump's administration has reached out to EU officials, asking which nation was next to leave, an ex-US ambassador said. 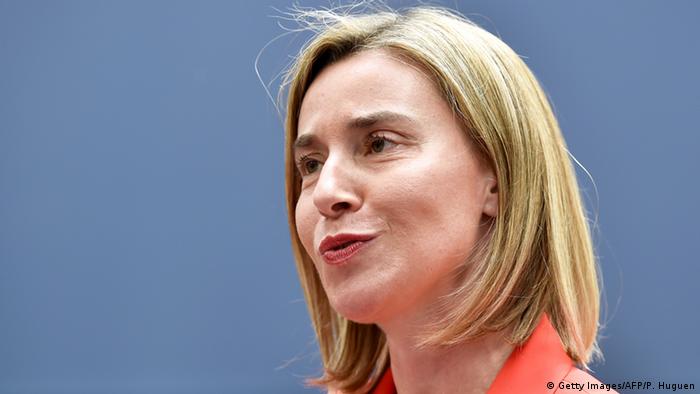 At first glance there are a lot of similarities between Donald Trump and Alternative for Germany (AfD), which applauded his victory. Yet, the party could soon be in for a rude awakening from its initial euphoria.

EU legislators try to keep Trumpist out of Brussels

Even before he could be nominated, EU politicians said they would rather see US President Trump's potential ambassador to the bloc stay home. Theodore Roosevelt Malloch has called for dismantling​ the euro and EU. (02.02.2017)

The EU's top diplomat, Federica Mogherini, on Friday warned US President Donald Trump's administration of meddling in European politics, saying the bloc's relationship with Washington will be "transactional and pragmatic."

"We do not interfere in US politics … and Europeans expect that America does not interfere in European politics," Mogherini said after wrapping up meetings with US officials, including US Secretary of State Rex Tillerson.

Last year, Trump praised the UK's decision to leave the EU in a referendum commonly referred to as "Brexit," prompting concerns across the bloc that he may seek to undermine the European project.

"The unity of the European Union, I believe, is more evident today than it was some months ago," Mogherini said.

"The UK will stay a member state of the European Union for another two years at least … And it will not be able to negotiate any trade agreement bilaterally with any third country [until leaving the EU]," she added.

Since his electoral victory in November, several EU leaders have criticized Trump for his divisive remarks, with German Chancellor Angela Merkel saying, "We Europeans have our fate in our own hands." 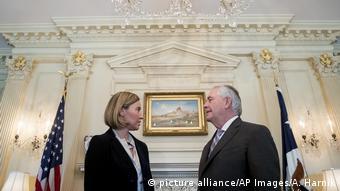 Mogherini met wtih Tillerson and other US officials while in Washington

Next US ambassador to EU?

Meanwhile, Mogherini noted that the White House has yet to choose an ambassador to the EU, which the bloc's 28 member states would have to consent to under a long-held tradition. EU politicians have expressed their displeasure about the possible nomination of Theodore Roosevelt Malloch.

Before leaving his post in January, former US Ambassador to the EU Anthony Gardner warned Trump's administration not to support the bloc's breakup.

Gardner, appointed by former President Barack Obama, said Trump's transition team have contacted several EU officials before the inauguration and asking them which country is likely to exit the bloc after the UK.

"To think that by supporting the fragmentation of Europe we would be advancing our interests would be sheer folly. It is lunacy," Gardner said at his final press conference.

During his campaign, Trump vowed to dismantle the Iran deal that world powers negotiated in 2015, and effectively curbed Tehran's nuclear program in exchange for scrapping economic sanctions against Iran.

The deal's survival remains an open question if Trump's administration would withdraw from the international agreement. However, the EU's top diplomat said the White House offered assurances that will remain intact.

"I was reassured by what I heard in the meetings on the intention to stick to the full implementation of the agreement," Mogherini told reporters Friday.

Mogherini said her main task during her visit to Washington was to ensure the Iran deal survived Trump's administration.

Donald Trump has sent shockwaves in his first few days as US president with a number of far-reaching executive orders and memoranda. DW examines what they mean. (31.01.2017)