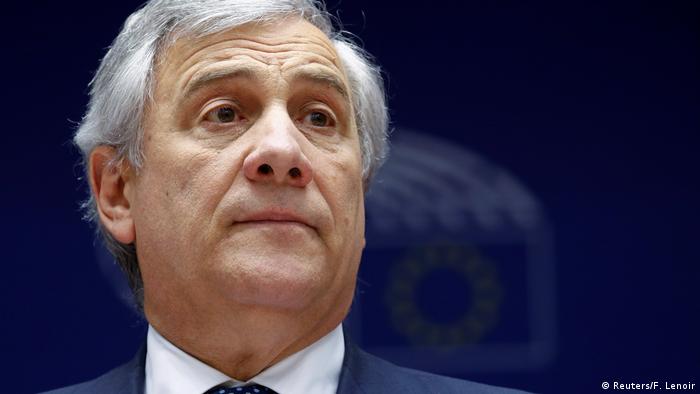 Antonio Tajani, the Italian politician who serves as president of the European Parliament, faced backlash on Thursday over his praise of fascist leader Benito Mussolini. The dictator had ruled Italy from 1922 to 1943 and was a key ally of Adolf Hitler's Nazi regime.

"Mussolini? Before he declared war on the entire world, following Hitler; before he introduced racial laws… he did some positive things to build infrastructure in our country," Tajani told Italian Radio24.

The fascist leader "built roads, bridges, buildings, sports facilities," and reclaimed large swaths of Italy from marshes, Tajani added. "If we look at concrete facts, we can't say he hasn't achieved anything."

At the same time, Tajani admitted Mussolini was "no champion of democracy." The European Parliament head also decried anti-Jewish laws as "crazy" and the declaration of war as "an act of suicide."

"How can a president of the European Parliament fail to acknowledge the nature of fascism?" Bullmann wrote on Twitter. Bulman is the leader of the social democratic bloc in the EU assembly.

Tajani fired back, saying he had always been "a convinced anti-fascist."

"Shame on those who manipulate what I've allegedly said on fascism," he wrote. "The fascist dictatorship, racial laws and deaths it caused are the darkest page in Italian and European history."

This is the second time this year Tajani has prompted outrage with historically charged statements. Last month, he angered EU members Slovenia and Croatia by referring to parts of the countries' territories as "Italian."

In the past, Italy controlled regions of Istria and Dalmatia, but the Adriatic areas went to Yugoslavia after World War II and later passed to its successor states. At a memorial event for alleged victims of the Yugoslav army in February, Tajani ended his speech with "Long live Italian Istria, long live Italian Dalmatia."

He eventually apologized, telling EU lawmakers his words were "in no way a territorial claim."

"I was referring to Istrian and Dalmatian Italian-speaking exiles, their children and grandchildren, many of whom were present at the ceremony," he said.