Greece's bailout inspectors are due to return to Athens for a review of the government's economic reform commitments. If deemed sufficient, the visit will set the stage for talks on relieving the country's debt burden. 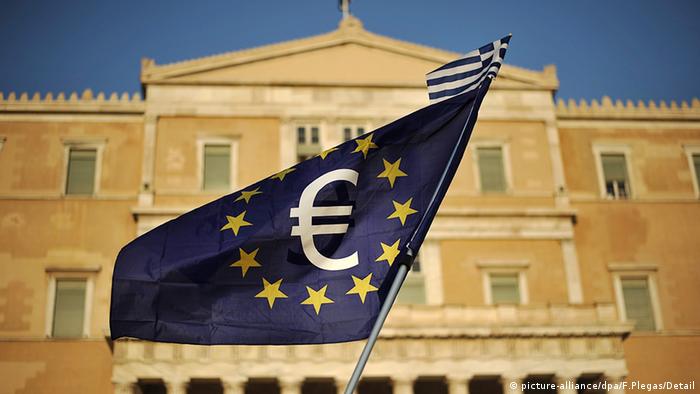 Bailout monitors from the EU and IMF will return to Greece this week to complete a long-delayed review of the Greek bailout program. The review of Greece's bailout had been postponed for months amid a rift between top EU and IMF officials over how strictly to hold the Greek government to the ambitious reform commitments made last year as part of its bailout.

President of the Eurogroup Jeroen Dijsselbloem announced that the mission chiefs would return to the Greek capital as early as March 8.

"We stressed that more work needs to be done, more effort needs to be put in for there to be a good outcome," he said after a meeting of the eurozone's 19 finance ministers in Brussels.

Worries over Greece have re-emerged in recent weeks partly because the left-led Greek government has a small parliamentary majority, which makes it more difficult to deliver the reforms required by creditors. The government also is facing growing public opposition to its pension reform plans.

The Greek government has delivered on many of the requirements to date; however, it was seen to struggle to convince creditors about its pension reform proposals. Greece's next big repayment to the European Central Bank is due in July.

In July 2015, Greek Prime Minister Alexis Tsipras had agreed to the country's third bailout since 2010 to the tune of 86 billion euros ($94 billion). Around a quarter of the aid has been disbursed to date.

The International Monetary Fund (IMF) has yet to commit to Greece's bailout program. However, it has argued in favor of a big debt relief package instead, saying that the outlook for the Greek bailout plan was too optimistic. Tsipras accused the IMF of employing "stalling tactics" and "arbitrary" estimates to delay a reforms review crucial to unlocking further bailout cash.