The figures on asylum-seekers in the EU for 2017 are in. More than half a million people were granted protection status, with Germany responsible for around 60 percent of positive decisions. 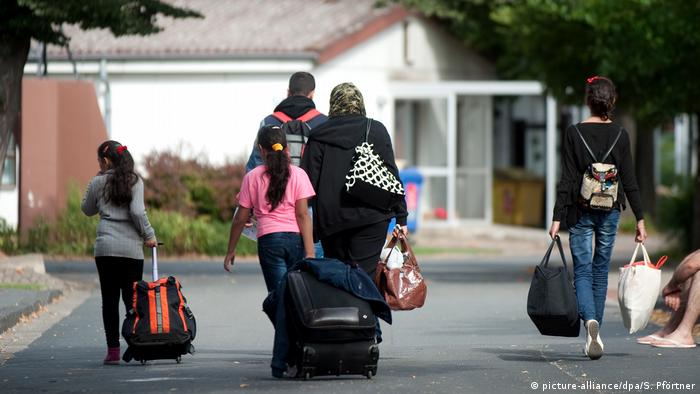 In 2017, the 28 EU member states found that 538,000 asylum-seekers were eligible for protection status. In addition, the EU accepted almost 24,000 resettled refugees. This is according to data compiled by Eurostat, the statistical office of the European Union. 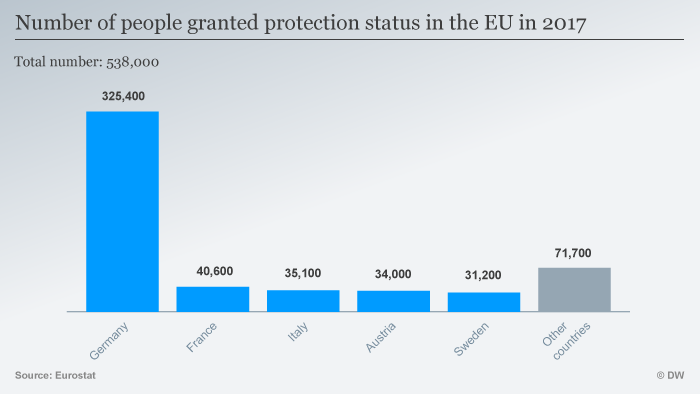 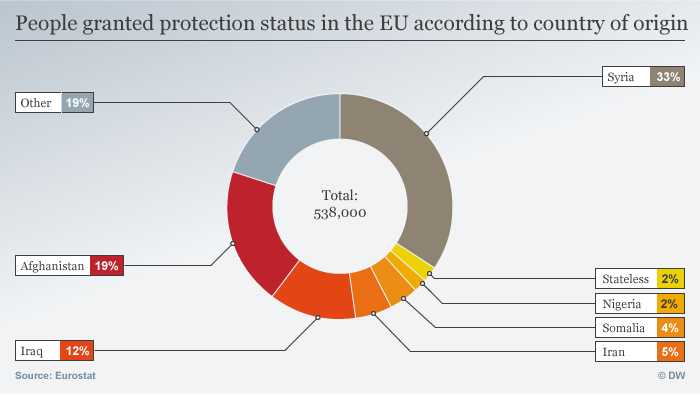 Of those granted protection status in the EU, 271,600 were recognized as refugees, which accounted for 50 percent of all positive decisions. Subsidiary protection was granted to a further 189,000 applicants (35 percent) and 77,500 were granted a residence permit for humanitarian reasons (14 percent). It should be noted that both refugee status and subsidiary protection status are defined under EU law, while a residence permit is issued under domestic legislation for humanitarian reasons. 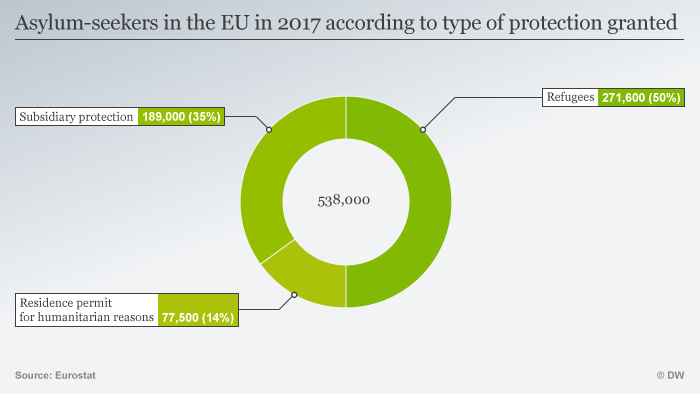 Amnesty International has recorded accounts from asylum-seekers "pushed" into Lithuania after being lured to Belarus under false pretenses. Some of the migrants were tortured and abused, the report said.