Germany criticizes Greece for spending too much money. But this masks the role that German exports played in creating Greek debt. 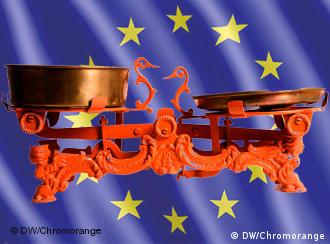 Not all EU members are equal when it comes to trade

Germany carries its title as one of the world's biggest exporters with great pride. Its reputation for excellent quality and reliability has allowed companies like Volkswagen and Siemens to thrive in foreign markets.

Germany's export dominance has long been considered one of its economic strengths - one that has allowed Germany to emerge as the largest economy in Europe. However, the financial crisis in Greece and fears of similar crises in Italy, Spain and Portugal illustrate the downside of German trade prowess, and how it has the potential to negatively affect the euro zone.

Germany has a deep trade imbalance with its European neighbors. Simply put, this means that Germany exports a far larger amount of goods to so-called peripheral European countries, while those peripheral countries have not produced enough goods to make their export market profitable.

This is good for Germany, as exports fuel the economy here. However, this is bad for its neighbors, who have run up large amounts of debt purchasing German products without increasing the money they are making to pay for these goods. 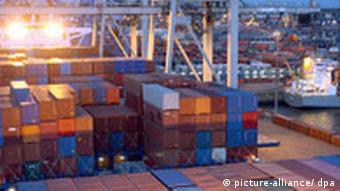 Germany has large trade imbanaces with its fellow EU members

In many senses, Germany is being punished for good behavior – saving money, keeping wages low, keeping productivity high – while the peripheral counties have been increasing wages without corresponding increases in productivity. Germany is saving, while the rest of Europe is spending.

"The German economy has grown on exports, while domestic spending has been stagnant," Mitchell Orenstein, a professor of European studies at Johns Hopkins University of Advanced International Studies, told Deutsche Welle. "At the same time it wants countries like Greece to buy more of their goods, without realizing the consequences for the euro zone."

Similarities between the US-China relationship

This has led to tension between the two countries. The United States has accused the Chinese government of keeping exchange rates between the dollar and the yuan artificially low, while Beijing criticizes Washington for spending too much.

In reality, nothing is likely to change, as the United States needs Chinese goods, and China needs US: dollars to fuel its growing economy.

Germany and its European neighbors, however, share the same currency. The inability of one EU member to repay what it has spent directly affects German economic health.

"In the euro zone this is dangerous as you don't have the ability to revalue currencies," as China does with the yuan, Orenstein said.

Some euro-skeptics, both here and across the continent, have used Greece's financial problems, along with growing public debt in Italy, Spain and Portugal, to question the wisdom of a common currency. Orenstein said that no country has the incentive to abandon the euro, but added that the crisis provides an opportunity for EU member states to acknowledge the interconnectedness of national fiscal policy. 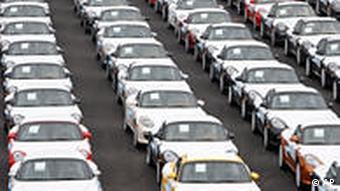 Right now, the euro zone is united by a common monetary policy, but it lacks common fiscal policies. For instance, actions in Greece have the ability to influence the German economy through their effect on the euro. But Germany has no say in the spending policies that got Greece into the crisis in the first place.

"The lesson is that Europe needs to work out some common fiscal policy to compliment the common monetary policy," Orenstein said. "Correcting the trade imbalance softens the imbalances of power."

"Right now the European policy is that Germany, because of its trade surpluses, has to essentially finance the Greek government."

German politicians and industry leaders aren't buying into French criticism that Germany's powerful export machine has come at the expense of its neighbors in the eurozone. (16.03.2010)