Six European startups recently competed in Munich for the attention of investors from Germany, Austria, and Switzerland who pooled more than 10,000 euros using the increasingly popular 'crowd-funding' model. 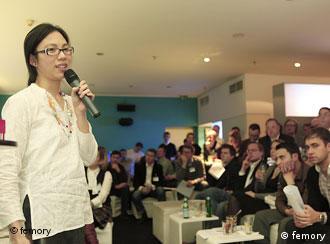 The live Seedlounge event put the 'crowd' into crowd-funding

The Seedlounge crowd-funding event, held recently in Munich, could prove to be another new and competitive format for connecting business innovators with investors across Europe. The event adds a live dimension to the already popular crowd-funding model flourishing online.

Crowd-funding brings large numbers of small investors together to provide seed and development funding for startups. Online crowd-funding works by posting a series of projects on a website and inviting people to provide funding for their implementation.

Live crowdfunding, by comparison, welcomes investors to attend an event where they pool their seed investment and vote - in the case of Seedlounge, by mobile device - for startups they believe have the most potential.

The six startups pitching at the event in Munich were chosen from 108 applicants. They were given five minutes to present their innovative ideas and business models.

“The old fashioned business model is breaking up at the moment; we’re at the beginning of something new,” said Seedlounge co-founder Christian Kutschka. “Crowd-funding, crowd-sourcing, social business and social financing will be the next step in business models.” 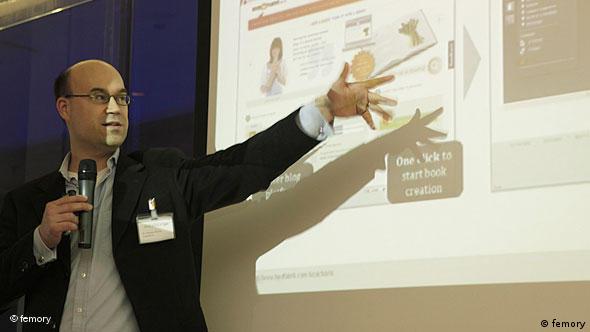 A good pitch seems that much better when delivered in person

The Seedlounge event, organized by Munich-based German Seed Partners and Kongress Media, is among the first of its kind in Germany. It attracted more than 200 investors from the German-speaking region of Europe.

The concept of crowd-funding is becoming increasingly popular in Europe, particularly Germany. Over the past few months, a number of websites have launched in the country. They hope to repeat the success of online crowd-funder Kickstarter of the United States, which now claims to be the world’s biggest fund raiser with more than $30 million in pledges.

Inkubato, Startnext and MySherpas were the first three crowd-funding websites to bring the concept to Germany. They have raised significant funds for a range of creative, charitable and innovative projects.

Held at a fashionable nightspot in central Munich, the Seedlounge event had a relaxed and informal feel, although attendees could sense the rivalry among the startups vying for attention. 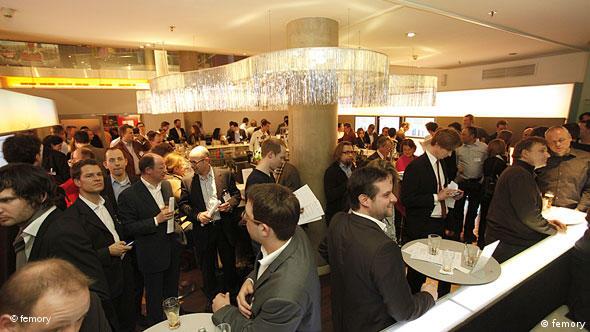 The potential investors gathered at a hit nightspot, rather than an online forum

After the first round of presentations, attendees voted using mobile devices such as smartphones and iPads for the presentation and idea that impressed them most. The results were displayed live on screens throughout the room.

Leo Sauermann, founder and CEO of one of the competing startups Gnowsis, said that participating in the competition wasn't just about raising money. “There are many investors here; if we make one or ten thousand euros tonight, this is good," he said. "It shows that our idea is good.” 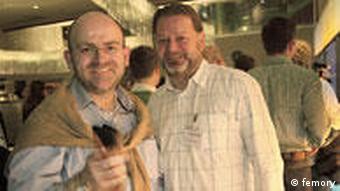 Gnowsis drew the most number of votes at the Seedlounge event, receiving 5,000 euros in immediate investment. “I expect to get follow-up meetings with one or two or three people to really talk about a possible deal to make money with this (business idea),” Sauermann said.

Potential investors liked the live aspect of the event. “One of the big things is the networking and getting together,” said the startup manager Joaquin Soucheiron at Unternehmer TUM. “It might sound like a bit of a soft topic but, ultimately, you need that if you want to get to the hard topic of investing and money.”

After all the pitches were given, questions answered and negotiations finalized, Gnowsis was not the only startup to attract investment. Intelligent Remove raised 3,000 euros and Clear Karma 2,100 euros.

While the final figures may not be overwhelming, the opportunity to present their ideas, receive feedback and network could prove decisive for startups hoping to get off the ground.

A penny saved is a penny earned: The maxim may be worth keeping in mind for artists and journalists as they turn to "crowd funding" to make money. It's a principle that lets many users donate a little at a time. (27.01.2011)

Germany is first in Europe for user-friendly exchange-traded funds

Exchange-traded funds allow investors to spread risk across a stock index instead of relying on fund managers to pick winners. They were launched in Europe 10 years ago and have become increasingly popular in Germany. (17.05.2010)