Flattr lets readers donate by clicking buttons on blogs and other websites. Some sites have reported income of over 1,000 euros as a result of the new company. 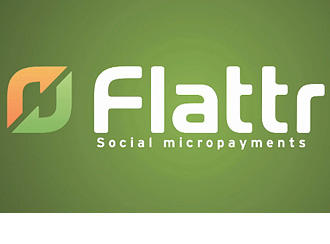 Flattr is based in Malmo, Sweden

This week, the website Wikileaks became one of the newest members of Flattr, a six-month-old Swedish startup, letting its supporters donate to the controversial site with a single click.

Flattr, based in Malmo, Sweden, is a new social micro-donation system that lets users easily make small donations to organizations, blogs or other media sites that they like. The site could be a boon to websites looking for new revenue streams beyond traditional online advertising.

"You put money in your account in Flattr and then you decide how much money you want to spend on content you find," explained Peter Sunde, the company's Swedish founder, in an interview with Deutsche Welle.

"And if you find something that has a Flattr button next to it, you push it and then you give money to that person at the end of the month."

After joining the site, users deposit money into their account. When they come across Flattr buttons on various websites - similar to a Facebook "Like" button - they just click it to show their support. The amount of money in their account is then divided among all the sites that they've clicked that month.

Sunde won't say how much money has been transferred through Flattr so far, but he does say that the average single donation is 15 euro cents. For every donation made, Flattr takes a 10 percent cut. 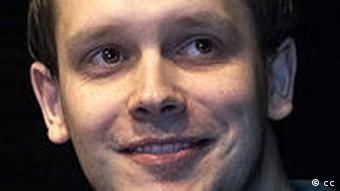 Peter Sunde is Flattr's founder, and also one of the four founders of the controversial site, The Pirate Bay

It is a little ironic that Sunde is now helping creators get money, given his past. He is one of the four Swedish founders of the infamous website The Pirate Bay. The four were all convicted last year of assisting copyright infringement. They were ordered to each serve a year in prison and collectively pay 2.7 million euros ($3.6 million). The conviction is currently under appeal.

For now, Flattr is in private beta mode, meaning it is not yet available to the public, but Sunde says that he expects the site to open its doors to everyone before the end of the month.

He says Flattr's setup makes it very easy for web surfers to put their money where their clicks are.

"So you don't have to decide how much money you actually want to give someone. You just press here and it doesn't cost you anything extra," he said. "With Paypal, if you wanted to send someone fifteen cents, you would lose all of it in costs, and you have to click seven times to send that money."

So far, Flattr has gotten a decent amount of attention in Europe, especially in Germany.

Some German blogs and newspapers, including taz.de, the website of the Berlin newspaper, Die Tagezeitung, are already using Flattr, and have made a decent amount of money.

Matthias Urbach said that Flattr donations have been on the rise since his site added a Flattr button three months ago. Last month, for example, he said they took in 1,600 euros.

"This is enough to pay one of our correspondents," he said. "So far it's not very much to covering the real costs of taz.de, but it's a real contribution."

Urbach added that's triple what the site took in from Flattr the month before. 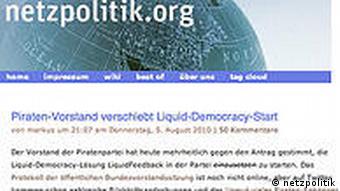 Netzpolitik's editor, Markus Beckendahl, said that he's made over 600 euros every month through Flattr

The editor of another popular German blog, Netzpolitik.org, has had similar success.

"I have been using Flattr now for 2.5 months since I embedded it in my blog and I got about 600 euros every month," said Markus Beckendahl, the site's editor.

"I think paid content walls won't work, and so we have to think about alternatives and Flattr is an alternative which works now."

Site not successful for everyone

Not all blogs have had the same level of success.

Kris Haamer is a film student in Tallinn, Estonia. He runs a blog about the West African nation of Sao Tome and has a Flattr button on the site. But he says that he's only taken in a few cents so far, and that may have to do with who is using or looking for Flattr buttons at this stage.

"There's a certain type of content that will get lots of clicks on Flattr and then you get topics that are not that mainstream for that type of people," he said.

As more people start businesses from home with nothing but a laptop, the rapidly growing 'Hub' network aims to create a mutually beneficial work environment that provides some of the perks of working for a larger firm. (21.07.2010)

We live an increasing amount of our lives online, but what becomes of our blogs and social network accounts after we're gone? A Swedish start-up offers services aimed at putting you in control of your digital afterlife. (15.03.2010)

A Swedish court has found all four defendants guilty in a test case over one of the world's biggest free file-sharing websites. The verdict could help media companies recoup revenue lost through illegal downloads. (17.04.2009)