The classical music industry has been declared dead several times in the last few years, but it simply refuses to die. A new trend aims to keep classical recordings from becoming a taxidermist’s project. 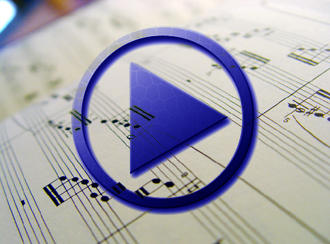 The classical music industry is changing -- not yielding

Methods of recording, distribution, and promotion are changing in the classical music industry, and the companies that once dominated the market have either adapted or faltered. As estimable names in the industry fall by the wayside, new models arise.

One of the most successful projects has been the establishment of classical labels by orchestras, with a focus on live recordings.

Recording technology has advanced significantly in the last 20 years so that recording concerts live is no longer an inherently hampered way to preserve an otherwise un-replicable musical event.

"Recording technology is so mobile that there are no qualitative differences between studio and live recordings," said Chaz Jenkins, head of the London Symphony Orchestra's own label, LSO Live.

Jenkins is one of the pioneers of the orchestra-record-label industry. He has been with LSO Live, the first label of an orchestra to enter the market this way, since it was founded in 2000. The concept of the label has been replicated by many other orchestras (often with the help of LSO Live), which the London Orchestra's efforts paved the way for. 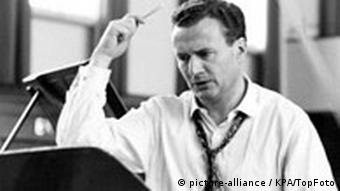 The goal of LSO Live was not to replicate what labels have done in the past, but to do something different, and, in particular, to retain the orchestra's work in the concert hall.

"With 2,000 people in front of them, there’s a very different energy and emotion available," said Jenkins. "When recording companies started to rely on re-releasing recordings, the alarm bells were ringing at the LSO…If no new recordings are released, then the public starts to see the whole industry as dead -- a museum-culture."

But there is still plenty of interest in concerts and no decline in audiences, so there should be new recordings as well, he added.

One of the main reasons to found the label and record around the turn of 1999 was the opportunity to record conductor Sir Colin Davis performing one of his specialties, Hector Berlioz' orchestral and choral music.

Davis, then LSO's music director, recorded a complete cycle and success quickly followed. The first Grammy was awarded to the label in 2002 for the recording of Berlioz' massive opera "Le Troyens," which sold an astounding 100,000 copies. That grabbed attention for the label, which has since issued some 70 albums and sold over three million copies.

Money less of an issue

This fall, the classical channel of Germany's Bavarian Broadcasting (BR) is launching BR Klassik, a new label for its own orchestras and choir. The Bavarian Radio Symphony Orchestra, the Munich Radio Orchestra, and the Bavarian Radio Chorus now all have the opportunity to pick the finest performances in any given season and immortalize them on record.

The model of LSO Live is behind this new venture, too, but there are significant differences. As a public radio station, with the aid of radio license fees and a cultural mission to fulfill, the BR already records all the concerts of its musical bodies.

"Rather than having to decide beforehand what to record (with the subsequent pressure to publish it, no matter the result), the artists and artistic advisors can pick the best from the lot," said BR Klassik's label manager Stefan Piendl. Mahler and Bruckner symphonies, conducted by Mariss Jansons, are among the first releases. 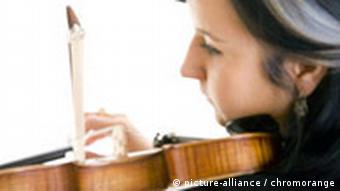 Since the cost of recording is already offset, releasing rare, artistically important works with modest commercial prospects is more feasible.

The label's motto is simple: Those possessing treasures should share them.

"Sharing our best musical moments, and deciding ourselves, independent of traditional labels and their naturally different criteria of what makes a successful release, were sone of the main motivations behind the founding of BR Klassik," said Piendl.

With an estimated 20,000 recordings from the past 60 years in its vast archives, the BR has a few treasures to share. The archives include memorable performances by top musicians, which were only broadcast once on radio. Three or four recordings from the vaults are projected to see the light each year.

BR Klassik is the latest example of the beauty of creative destruction. Out of the detritus of the old recording companies, dozens of new labels are springing up with thousands of recordings, offering more choice and rarer works than were ever available before -- and that nearly a decade after the declaration of the industry’s imminent death.

Competitions can be tickets to stardom for young musicians

Artistic competitions may seem like an oxymoron. But for musicians aiming to be stars, they're the key to a successful career. DW follows young hopefuls as they brave the jury that could decide their future. (26.09.2009)

Listen to live performances by the Deutsches Symphonie-Orchester Berlin