Classical music sells - even without the help of crossover artists | Culture | Arts, music and lifestyle reporting from Germany | DW | 18.08.2009

Classical CDs are selling surprisingly well in Germany - despite the finance crisis and even without the help of marketable crossover artists. Maybe there's something about the music itself. 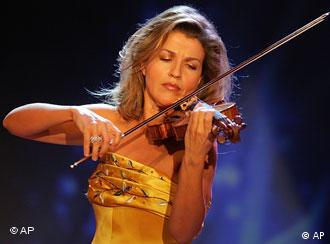 Every few years, news breaks that sales for classical music are bucking the trend and rising. This is quickly latched upon as proof that the classical market isn't dead yet, but just as quickly forgotten when the exact numbers show a more sobering picture. Sales figures in classical music have become so small (selling two thousand copies worldwide spells success for an average classical release), that one or two runaway hits can bend any statistic out of shape.

Over the last few years, whenever classical sales surprisingly shot up, the "culprits" turned out to be crossover hits from Andrea Bocelli, Hayley Westenra, Il Divo, or - of late - Paul Potts. 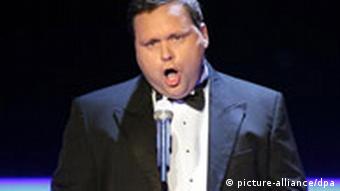 Paul Potts was discovered on a British casting show

Recently, the German Recording Industry Association published statistics showing that classical music CD sales gained 23 percent in the first half of 2009 over the same period in 2008. While that's still down by over 20 percent from 2000, it poses the question: Is this the beginning of a new trend or merely an upward tick in a flickering downward spiral?

Classical ahead of crossover

The Munich department store "Ludwig Beck," whose top floor houses one of Europe's largest selections of classical music, confirmed the general trend, saying its sales in classical music were up for the first two quarters of 2009. More interestingly, not a single crossover disc made it into their top-10 bestselling albums for the first seven months of this year. 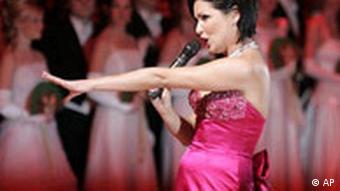 Anna Netrebko has the right combination

With digital sales becoming increasingly important, even in the classical sector, one might wonder just how representative the customer base of a physical store is, particularly in a city of opera lovers like Munich.

German consumers, however, do prefer the physical product. According to Media Control in Baden Baden, 93 percent of all sales in Germany consist of actual CDs and DVDs; digital sales account for only seven percent.

The numbers that went into the survey-based study claiming a 23-percent rebound are difficult to sort because the study includes artists not all labeled "classical" by the industry. And GfK SE, the international market research institute based in Nuremberg which conducted the study, said that the 23 percent denote an increase in sold titles - not in revenue, which rose roughly seven percent.

That difference stems from the average title's price having dropped by 11 percent.

Though even the core classical repertoire has experienced a mild sales and revenue increase, conclusions about the health of the classical music industry in times of economic crisis wouldn't be sound. What remains notable is that there was any increase at all, and that it was achieved without relying much on crossover titles. 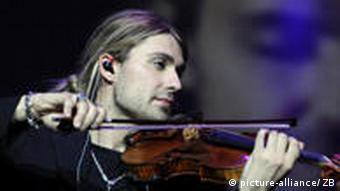 Core classical artists are entering the pop charts more and more. Singers such as Jonas Kaufmann, Rolando Villazon, and Anna Netrebko repeatedly break into the Top 40. Instrumentalists like Lang Lang, Anne-Sophie Mutter, and Sol Gabetta are not far behind. These glamorous artists excite young and old audiences alike and are marketed no differently from pop stars.

Only one artist stands out: Ragna Schirmer, the only top-ten classical artist not to be marketed by Vivendi's Universal group (which includes labels like Deutsche Grammophon and Decca). She's not a starlet sexily draped over her instrument, she looks uncomfortable during photo shoots, and her repertoire - all the keyboard suites of Handel - has never been thought of as blockbuster material.

Perhaps this surprise hit of 2009 owes something to the heartening, comforting quality of Handel's music and shows it's not all about the star image.

David Garrett is considered one of the fastest violinists in the world. Add good looks and a crossover style and he's any agent's dream. Garrett told DW why he wants to interest young people in classical music. (12.08.2009)

At just 26, Austrian percussionist Martin Grubinger's concerts sell out around the world. Praised for his musical versatility, he told DW how all musical genres are linked - and what he's going to do when he retires. (10.08.2009)

Summer festivals are in full swing across Europe, with many events proving to be as popular as ever despite fears that the economic crisis would keep people away. (22.07.2009)