European Dads to Close Pay Gap by Staying at Home | Europe| News and current affairs from around the continent | DW | 19.07.2007

European Dads to Close Pay Gap by Staying at Home

Governments must work harder to close the pay gap between men and women by ensuring the application of anti-discrimination laws; mandatory paternity leave could also help the situation, according to an EU commissioner. 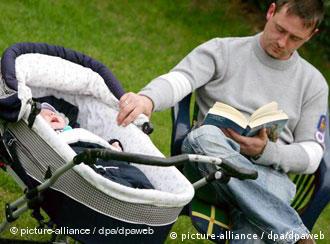 The EU may force fathers to take time off work

"Girls out-perform boys at school and more women enter the labor market with a university degree than men, but a pay gap of 15 percent persists," Vladimir Spidla, European Commissioner for Employment and Social Affairs said Wednesday. "This is an absurd situation and needs to change."

The Czech commissioner said the "uneven division of duties in families" was partially responsible for the gap. Spidla was considering mandatory paternity leave as a way of promoting equality at home and the workplace, the Associated Press reported, citing anonymous commission sources.

"It is not possible to reduce the gender pay gap if [men] do not help out more at home," Spindla said at a press conference, adding that EU statistics show men, regardless of whether employed full or part-time, do less work at home than women. 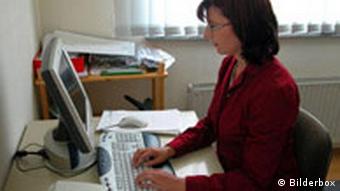 As a way of promoting paternity leave, Germany instituted a new system in January that allows parents to take home 14 instead of 12 months worth of benefits if they both divide the time away from their workplaces. The extra two months have earned the name "father months" as the most common division sees mothers taking 12 months of leave and father two.

Women in Germany earn an average of 22 percent less than similarly qualified men, according to an EU study. In the 27-member bloc only Cyprus, Estonia and Slovakia have larger gender pay gaps than Germany.

"The fact that women in many fields of employment are still paid less than men for the same work is scandalous," Johannes Singhammer, the Christian Social Union's spokesman for women's issues, said in a statement.

Laws need to be applied

He said Germany already has sufficient laws to avoid such a gap, but that they "were obviously not being implemented as we would like." 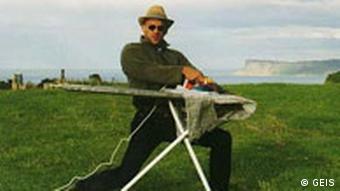 Plugging the pay gap should be an integral part of governments' employment policies and that pressure must also be put on employers to ensure there is no discrimination against women, Spidla said.

"The pay gap is a complex issue with multiple causes," he said. "Sometimes we see pure discrimination. But often reasons are hidden. Women do more unpaid work, like taking care of the household and dependants."

The commissioner also pointed out that women did more part-time work and said that women-dominated jobs and sectors were on a lower pay scale.

A commission report, which showed the pay gap in Europe had not decreased in over a decade, said a main cause of discrimination was that women's competences were less valued then men's. 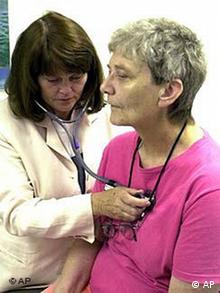 As a result, jobs requiring similar qualifications or experience tended to be paid less when they were dominated by women than by men.

"For example, in some countries nannies earn less than car mechanics, supermarket cashiers less than warehouse workers, nurses less than the police," said the commission.

The EU executive said that the pay gap also reflected inequalities in the labor market, especially the difficulties in reconciling work with private life.

Women with part-time jobs and those who took frequent career breaks because of children were less likely to hold managerial positions and encounter more obstacles and resistance as they proceed along their career paths, the commission report said.

"As a consequence, women's career paths are more often interrupted, slower and shorter, and hence less well paid than men's," it said.

Wages in Eastern Germany Well Below Levels in West

A new study shows there is still an immense wage discrepancy between eastern and western Germany -- as much as 41 percent in some cases. (12.06.2007)

German Women's Economic Situation Nothing to Party About

Women’s Carnival Day champions a lighthearted version of female supremacy. Although German women ruled the streets Thursday, their economic outlook remains nothing to party about. (15.02.2007)

Women's Challenging Climb to the Top

Women in Europe are generally better educated than men, but hold fewer top positions. Germany is no exception. Just why is the fairer sex excluded from the echelons of power? (18.04.2006)