European Court of Justice rules against 'humanitarian' visas for refugees

The European Court of Justice has ruled that refugees do not have to be granted humanitarian visas to the EU. The ECJ's top adviser had called for EU states to provide papers if people were at certain risk of torture. 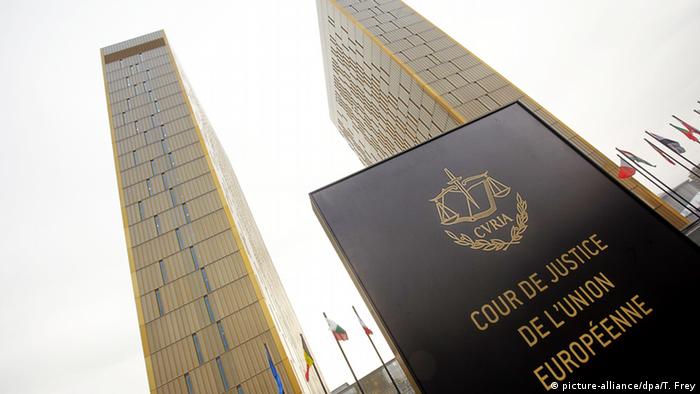 European Union member states are not obliged to issue so-called humanitarian visas at their foreign missions, the European Court of Justice in Luxembourg ruled on Tuesday.

The court handed down its ruling in connection with a case brought by a Syrian family of five from Aleppo. The family had initially applied for a visa to Belgium at the Belgian embassy in Beirut, Lebanon. They then planned to travel to Belgium where they would apply for asylum.

The application was denied, however, with the Belgian Foreign Office arguing in court that the family wanted to stay longer than the 90 days granted with the visa.

EU states are also not obliged to accept everyone who has experienced a catastrophic situation, the Foreign Office said.

At the beginning of February, Paolo Mengozzi, advocate general of the European Court of Justice, demanded that humanitarian visas should not be denied by EU member states if there was a confirmed danger that people would be subjected to torture or other inhuman or degrading treatment.

It does not matter whether there is a connection between the person concerned and the EU member state, the advocate general wrote in his opinion.

Legally, refugees can currently enter the EU only under the new resettlement program. Between July 2015 and February 2017, some 14,422 people from Turkey, Jordan and Lebanon were able to enter the EU and apply for asylum using this method.

Her fiancée died trying to cross the Mediterranean. Doaa herself was rescued, and she was holding two babys in her arm when help arrived. Melissa Fleming of the UNHCR wrote a book about it. (03.03.2017)

A ruling by the European Court of Justice has allowed EU nations to reject asylum seekers with links to terrorist groups. The court said recruiting or equipping foreign fighters justifies 'exclusion from refugee status.' (31.01.2017)