The new charger will be for all smartphones and all “data-enabled” phones, and not older models. Major companies, including Apple, Samsung, Sony Ericcson, Nokia and others have agreed to the deal. 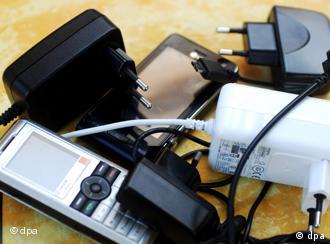 A European Commission spokesperson said Friday that starting in January 2011, European consumers will be able to finally purchase a standard mobile phone charger for nearly all mobile phones sold in the 27 member state bloc.

This move comes over a year after major manufacturers, including Nokia, Apple, Samsung and many other mobile companies agreed with the European Commission to provide a single charger to reduce waste and inefficiency.

"Introduction of the universal charger will make life much simpler for EU consumers," said Dennis Abbott, a European Commission spokesperson. "When you discover you've left your charger at home or work, you will be able to use someone else's, knowing it will fit your phone. How cool is that?"

The industry agreed that the new charger will be for all smartphones and all "data-enabled" phones - and will use a micro-USB connector. The new universal chargers will not cover older mobile phones. 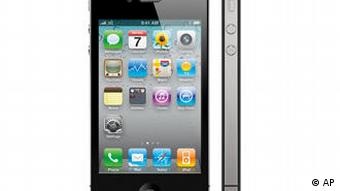 Apple's iPhone will also be covered by the new agreement

He added that by early next year, approximately half of the mobile phones in use across the European Union will be covered by the new provision, and that will lead to substantial environmental savings.

"One charger per mobile phone leads to millions of obsolete chargers in European households - creating more than 50,000 tons of electronic waste a year," he said. "I've still got six chargers from previous mobile phones in a drawer at home."

The announcement comes less than a month after new European Commission rules went into effect capping the amount consumers could be charged while they were “roaming” onto foreign mobile phone networks.

"This is a Commission which is really dedicated to providing a better deal for the consumer but also to ensuring that we can come up with common sense solutions," Abbott said.

A group of mobile phone manufactures have agreed to a set of criteria for a standard mobile charger. The first batch of handsets that aren't tied to a particular charging device should hit the market in 2010. (29.06.2009)