The European Union has called for clemency for a young Iranian man sentenced to death for his role in a fatal stabbing committed when he was a minor. Iran has been criticized for its increasing use of the death penalty. 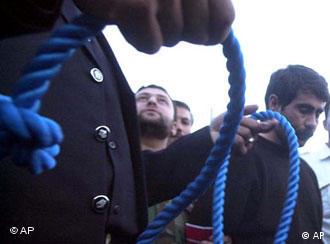 Hanging is a common form of execution in Iran

The European Union urged Iran to comply with international law and not go forward with the planned execution of Behnoud Shojaee. The young man was 17 when he stabbed another boy with a piece of glass during a fight.

The European Union also called for Iran to also stop plans to execute "all other juvenile offenders on death row."

Iran has executed at least 28 child offenders since 1990 and has another 86 children on death row, according to the human rights group Amnesty International.

"The Presidency of the EU is deeply concerned by the news of the imminent execution of Behnoud Shojaee," according to the statement released Sunday, May 4.

Shojaee's execution is planned for Wednesday, according to Amnesty International. Shojaee is 20, but was 17 at the time of his crime. He allegedly stepped into a fight between a friend and another boy and ended up stabbing the other boy once with a shard of glass after being threatened with a knife.

Executions on the rise in Iran 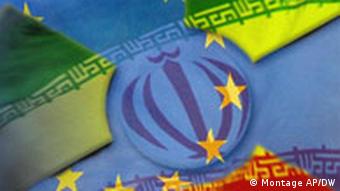 The EU wants Iran to give juvenile offenders a break

Iran has carried out numerous other executions in recent days, hanging a dozen convicted criminals, according to media reports. At least one drug trafficker was hanged in public, an Iranian newspaper report from Monday said.

Iran carried out 86 executions in 2008, according to a count by the news agency AFP.

Amnesty International reported that in 2007 Iran used the death penalty more than any other country apart from China, executing 317 people. That was a sharp increase from the 177 executions carried out in 2006.

Iran classes murder, rape, armed robbery, drug trafficking and adultery as capital offenses. Human rights groups have accused Iran of making excessive use of the death penalty, but Tehran defends the practice as an effective deterrent carried out after an extensive judicial process.

All 27 EU states have abolished the death penalty and the EU has led calls for an international moratorium on the practice.

EU Disappointed by Conduct of Elections in Iran

The EU said that the general elections in Iran -- the preliminary results of which showed conservatives loyal to President Ahmadinejad set to win two-thirds of the seats in parliament -- were "neither fair for free." (16.03.2008)

As Iranians vote in parliamentary polls Friday, March 14, DW's chief correspondent and Mideast expert Peter Philipp, currently in Tehran, writes about his impressions on Europe and Germany's waning clout in the country. (14.03.2008)

What is your opinion of the death penalty? Please include your name and country in your reply.