Europe increasingly disenchanted with democracy | Europe | News and current affairs from around the continent | DW | 29.01.2020 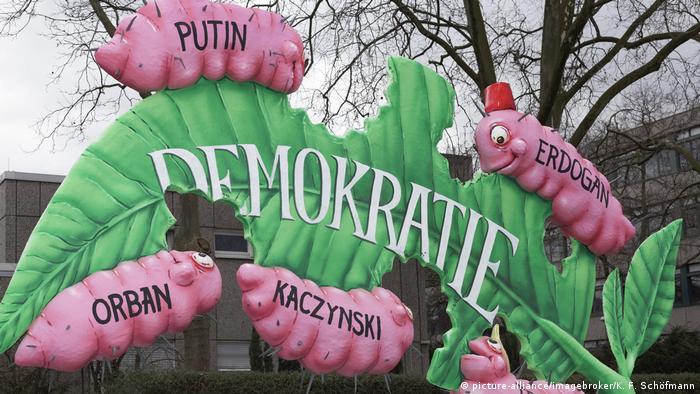 There was a "growing divide between northern and southern Europe" when it comes to trust in democracy and a global increase in dissatisfaction with democracy, according to a report by the University of Cambridge's Centre for the Future of Democracy.

"In the West, growing political polarization, economic frustration, and the rise of populist parties, have eroded the promise of democratic institutions to offer governance that is not only popularly supported, but also stable and effective," the study's authors wrote. "Meanwhile, in developing democracies the euphoria of the transition years has faded, leaving endemic challenges of corruption, intergroup conflict, and urban violence that undermine democracy's appeal."

Though the study was not directly concerned with identifying causes, it noted that short-term crises, notably "economic shocks, corruption scandals, and policy crises," had "an immediately observable effect upon average levels of civic dissatisfaction." It also pointed to the 2008 financial crash and the refugee crisis of 2015 as factors in what the survey called "malaise."

"I do think we should be worried," said Severin Schmidt, political analyst at Germany's Friedrich Ebert Foundation (FES), which published a similar study focused on Germany last year. "I don't think democracy is in danger, but the erosion of trust makes it more difficult to form coalition governments, for example. I think what's important now is to impose policies that make real change. I think there is a high sensibility about what politics should do and what it shouldn't." 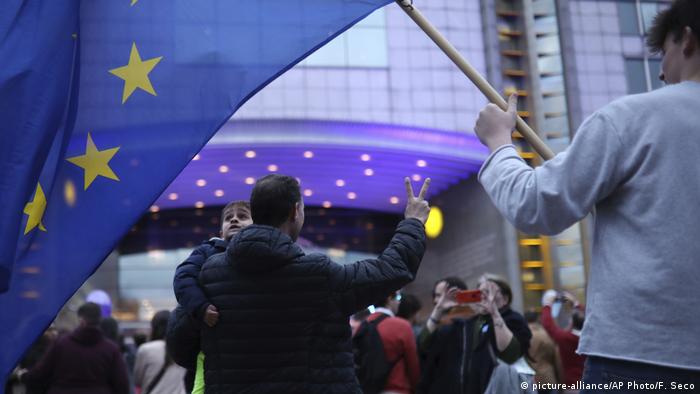 Read more: Opinion: Is the crisis of capitalism a crisis of democracy?

The convergence of dissatisfaction

The Cambridge study found the highest level of global dissatisfaction with democracy since its series of studies began in 1995. In general, people in developed democracies in Europe, North America, northeast Asia and Australasia have become significantly less satisfied since the 1990s. While two-thirds of citizens felt satisfied in the 90s, less than half do now.

But there has also been a general convergence in dissatisfaction around the world, as "developing democracies" in regions like Eastern Europe and Latin America, where democratic systems are relatively new, have seen a slower rise in dissatisfaction. In other words, attitudes to democracy are beginning to even out across the world.

In Europe, the study found that this is not the first time Europe confronted this malaise. In fact, it's the third time in the last 50 years. Evaluating its own as well as other data, the study said similar peaks of relative dissatisfaction with democracy in the 1970s and after the recession of the 1990s. The current phase of discontent began following the eurozone crisis of 2009. In all three periods, dissatisfaction topped 50%.

Read more: For nationalists, NGOs have become the new enemy

However, the report acknowledged that the current period "feels worse" than past lows. The discontent of the 1990s lasted only three years, from 1992 to 1994, and came between periods of optimism. The report also found a serious and growing division between two areas of Europe: a "zone of despair" across France and southern Europe versus a "zone of complacency" in Germany, Scandinavia, and the Netherlands.

As evidence of this, the report pointed to the 2019 European election results, when "anti-system parties swept seats across France, Italy, Spain, and Greece, yet were less successful in northern Europe."

The study generally chimed with a report published by Germany's Friedrich Ebert Foundation last August, which found that only 46.6% of Germans were satisfied with how democracy functions, a low last seen in 1997. The figure in parts of eastern Germany was as low as 35.6%. 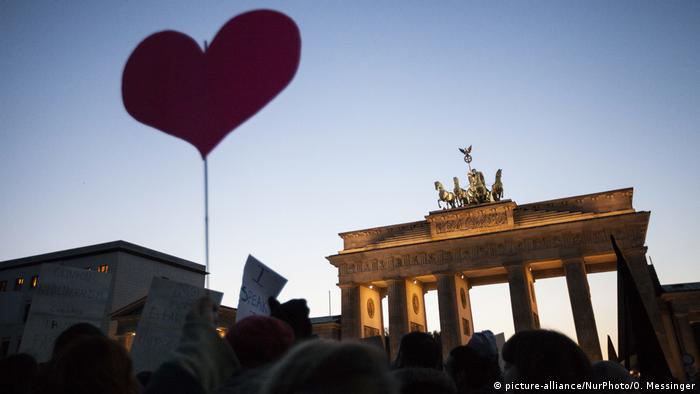 But according to Schmidt, project director of last year's FES report, the most important factor was not any immediate political crisis, such as the influx of refugees, but ongoing material inequality.

"For us, there is a very clear connection between social inequality and the loss of trust," he told DW. "That has always been the case in Germany. The trust in democracy only actually arose in the 50s and 60s, with the economic rise that a lot of people were able to be part of.

"In Germany, when dissatisfaction with the social security system increases, then it increases with democracy altogether," Schmidt added. "Expectations about the state are much higher than in other countries: people demand more intervention from the state, so that is something special here."

From crisis to contentment

The Cambridge study, which questioned people in 154 countries around the world, broadly divided countries into four categories of satisfaction: crisis, malaise, concern, and contentment.

By far the most countries are in the middle two categories: Germany, along with many of the "new democracies" in Central and Eastern Europe was in the "concern" category, while Britain, the United States, Spain, Italy, and France were ranked lower, under "malaise." In terms of population size, "malaise" was by far the largest category, representing some 1.09 billion people.

The only countries where people considered "contented" with democracy were Switzerland, Denmark, Luxembourg, Norway, Ireland, the Netherlands and Austria. The countries in "crisis" were Mexico, Brazil, Moldova, Colombia, Peru, Ukraine, and Venezuela.

Stakeholders in democratic affairs from more than 30 African countries have met in Tanzania. The gathering gave attendees an opportunity to reflect on the continent's democratic principles and present solutions.