Europe has 'by far' warmest winter on record

The average temperature in winter was more than 3 degrees warmer than the average in the years between 1980 and 2010. Germany was among the countries that saw an exceptionally mild winter. 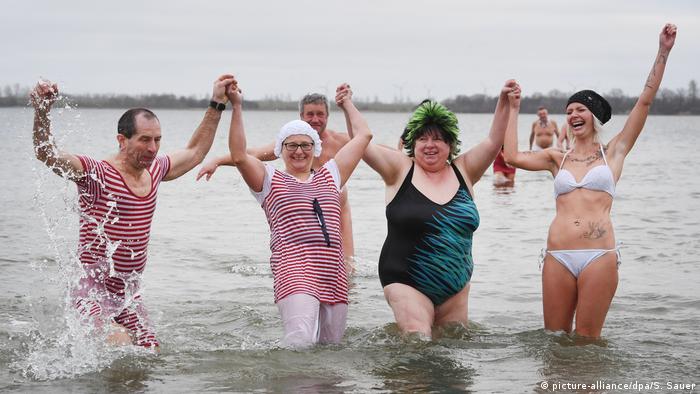 The average temperature was also 1.4 degrees Celsius above the warmest winter ever, which was 2015/16.

The temperature in the north and east of the continent was especially high. Despite some extreme storms, Germany was among the countries that experienced an especially warm winter.

There are concerns around agriculture across Europe. It was the first winter ever that German vineyards were largely unable to produce "ice wine," a delicacy made from grapes harvested when they are frozen. A single vintner in the Remstal area of the southwestern state of Baden-Württemberg managed to produce roughly 70 liters of ice wine.

Temperatures rise around the globe

"Considerably above-average temperatures were not confined to Europe, but extended over most of Russia," the climate service wrote on their website.

"Other regions that were quite substantially warmer than average include northwestern Africa, Iran, Afghanistan and Central Asia, and much of China, with smaller pockets in North and South America, central and southern Africa and Western Australia," they explained.

Global warming was not the only culprit, Copernicus director Carlo Buontempo said, explaining that winter temperatures vary significantly from year to year.

"But it is likely that these type of events were made more extreme by the global warming trend," he said.

Ocean waters hit their highest temperature ever last year, and the rate at which they are warming is speeding up, a new study has revealed. Researchers called the new data "further proof of global warming." (14.01.2020)

How bad for the environment are cruise ships?

From cooling down in a warmer world to our new-found obsession with everything 'eco-friendly' — unfortunately some of our well-intentioned responses to climate change might actually be making things even worse. (06.02.2020)