Europe faces the challenge of a shrinking, aging population | Europe| News and current affairs from around the continent | DW | 26.10.2011

The world’s population continues to grow, mainly due to strong growth in Asia and Africa, but this isn’t the case everywhere. Europe’s population is shrinking – and getting older. 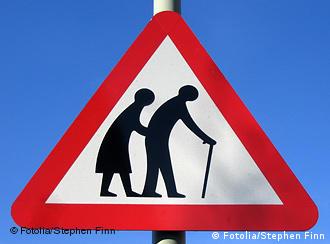 This could become a more common sight in Europe

The Irish won't be the first to die out. Despite the debt crisis gripping Ireland, it has the highest birthrate in the European Union. At 2.07 children per woman, the Irish are just under the reproduction rate of 2.1. Just behind Ireland at the top of the scale are the Scandinavian countries, France and Britain.

Axel Plünnecke, the deputy head of the departments of education policy and labor market policy at the Cologne Institute for Economic Research says there is a reason for this: Birthrates are high in countries where women are strongly integrated into the workforce. These sorts of countries tend to have child-minding infrastructures that have been built up over a period of decades, Pünnecke says.

The birthrate is starting to rise a little bit in almost all EU countries – to an average of 1.6 per woman. According to the 2010 European Demography Report, which was commissioned by the European Commission, 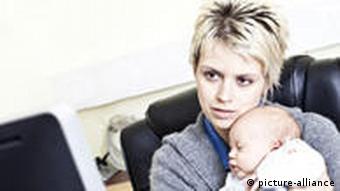 the reason for this likely has to do with new, non-traditional family models. The theory is that unmarried, older women are also having more children. Government policy that provides parents with financial incentives is also believed to play a positive role. However, this is still not enough: A birthrate of 2.1 children per woman is required just to maintain the current population level.

Europe – a victim of its own success

At the same time, Europeans are getting older: In 2008, the life expectancy for men was 76, for women it was 82. However, here there are major differences between different member states. On average, Italy, France and Germany have the oldest populations, whereas the populations of eastern European countries are younger, but they also have the lowest life expectancies. In those countries, though, the average age will likely increase significantly over the next 50 years, according to the Demography Report. This is because rising affluence allows people to live longer, something that is reflected in the falling rates of child mortality in countries like Romania or Bulgaria. As the European Commission puts it, Europe is a "victim" of its own success.

This has direct consequences for a social progams. In countries where fewer people are employed, less money is paid into pension and welfare schemes. Baby boomers, who were born just after World War II, will go into retirement. The EU expects the number of people of working age to begin falling in 2014.

At the same time, though social welfare programs will have to spend more, because there will be more pensioners. According to projections based on an EU study, the number of cases of dementia in Europe will double by 2050 to about 16 million. This will also lead to increased costs for adequate care in an aging society.

Axel Börsch-Supan is the director of the Munich Center for the Economics of Aging at the Max Planck Institute for Social Law and Social Policy. He isn't convinced that a shrinking population automatically has a negative impact on economic performance.

"It can have negative effects, but it doesn't have to. It all depends on us," he says.

The declining number of young workers would need to pay more in tax and make higher contributions to social programs. But if middle-aged workers are prepared to work longer this could help compensate, according to Börsch-Supan.

As for the question of whether Europeans will be able to maintain their standard of living, there is no across-the-board answer, Börsch-Supan says. Neither Britain nor France have a major demographic problem, and despite its demographics, Germany should be okay.

"I'm worried about southern European countries like Greece, Italy and Spain, also when you see how strong and sometimes violent the opposition is to efforts at reform," Börsch-Suppan says.

After birthrate and life expectancy, the third factor that affects population development is migration. According to the European Commission's 2010 Demography Report, it is not the birthrate but migration that has the biggest impact on the growth of the EU's population. Currently, about 20 million non-EU citizens live in the EU. There are also about 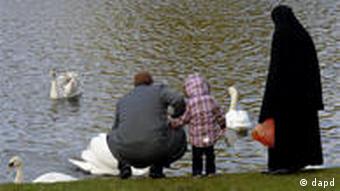 Immigration could be part of the solution

10 million EU citizens who have migrated within the bloc. In half a century, one in three EU residents will fall into this, in the broadest sense, foreign population. Axel Plünnecke sees migration as part of the solution to the demographic problem, along with getting the most out of domestic labor potential.

However demography expert Axel Börsch-Supan believes that trying to use immigration to make an aging, shrinking society younger and more numerous won't work.

"For that, the dimensions are too big, the scale of immigration would have to be too massive."

The impact of the debt crisis

European societies will already have a fight on their hands if they are to avoid shrinking and aging, but the sovereign debt crisis threatens to make matters even worse. How can the huge levels of debt be paid down when there are ever fewer people in employment - in other words, taxpayers?

"As long as the level of debt stayed at the level set out in the Maastricht Treaty, it would have been possible," economist Axel Börsch-Supan says. "If it hits 100 percent or even 120 percent, than it's questionable whether this can be repaid."

In addition to societal reforms in the areas of family and labor market policy, as well as immigration, now there are deep budget cuts to be dealt with.

However, perhaps the situation isn't as worrying as it first seems, despite the debt crisis and shrinking labor market.

Ireland isn't the only country to prove the theory wrong, that as crises worsen, birthrates fall. Although the average woman in Greece, Italy and Spain is only having 1.5 children, the birthrate in each of these countries is higher than it was 10 years ago.

UN statisticians estimate that the planet's population will reach 7 billion by the end of October. That person could be born in Niger, where high birth rates are making it hard for families to feed their children. (25.10.2011)