Lucien Favre's reputation soared at his former club in Zürich with two championship wins. On Thursday, he returns to the city with his current crop leading Gladbach to their best league start in more than three decades. 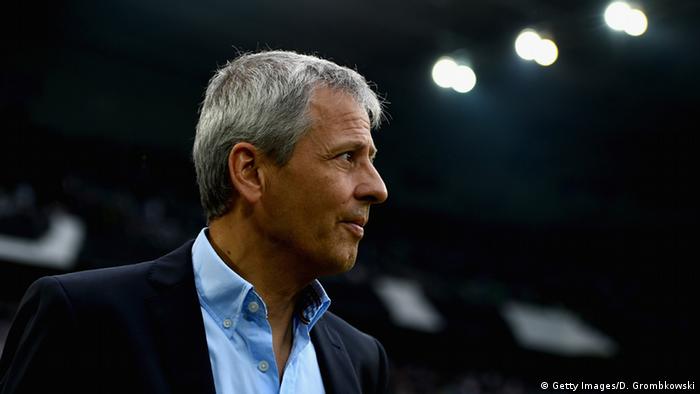 The last few years, Lucien Favre and Borussia Mönchengladbach have gone together like a tasty bratwurst on a bread roll. Just over three years ago, the Foals were bottom of the Bundesliga - with 16 points from 22 matches - and desperately in need of a savior.

It came in the form of the silver-haired, experienced tactician Lucien Favre. The former Swiss international turned coach brought the best out of a young player by the name of Marco Reus and put confidence in teenager Marc-Andre Ter Stegen to stave off relegation.

The progress since then at Borussia-Park under the 56-year-old is impressive. Gladbach have finished fourth, eighth and sixth under his stewardship, while this season, the former Hertha Berlin coach has guided the club to second-place in the Bundesliga after going 10 games without defeat - the first time since 1979.

On Matchday Two of the UEFA Europa League (02.10.2014, 1905 UTC), Favre returns to one one of his former stomping grounds en route to being a top class coach, FC Zürich. He spent four years at the club as a coach, taking over the reins in 2003 and improving the club's league finish in his first season.

To add to securing a European spot in 2005, Favre won the Swiss FA Cup with Zürich too. Although the club's first European campaign ended in the second round, the shrewd coach went on to bag the club's first league championship in 25 years when his team scored a last-minute goal to beat their traditional rivals, Basel. 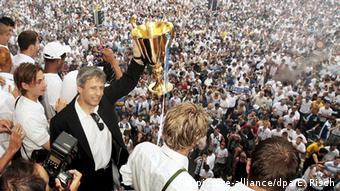 Back then, his attacking team, spearheaded by Brazilian forward Raffael - a player who has followed Favre to three different clubs - followed it up the next year, winning the title in his last season in Switzerland before he moved to Germany with Hertha where he would lead them to fourth-spot.

"Zürich was a springboard for me to get into the Bundesliga," Favre said frankly ahead of his side's trip south. "Without success there, I probably wouldn't be here today."

He added: "They will be highly motivated. We must maintain our concentration and bring a top performance if we want to be successful in Zürich."

Gladbach make the trip to Switzerland without Christoph Kramer, the aforementioned Raffael and US wing-back Fabian Johnson. Europa League commitments have regularly proven to be a stiff burden on German clubs when it comes to managing resources between Europe and the domestic front.

More than 8,000 Gladbach fans will head to Switzerland to back their high-flying team, which only could manage a draw on the last Matchday against Spanish side Villarreal.

Bounce back at home 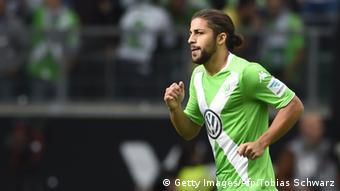 Wolfsburg's Rodriguez is useful in both defense and attack, netting three goals already

Meanwhile, Wolfsburg are looking for a similarly positive response when they welcome French side Lille to the Volkswagen Arena (02.10.2014, 1700 UTC). After an inconsistent Bundesliga start, with a 4-1 defeat at Everton sandwiched between, the Wolves look to be on the right track after two recent home wins in the league.

"We need to show some fight, because that's essential on the international front," sporting director Klaus Allofs said. But the attention ahead of this clash has been on one flying left-back, in particular: Ricardo Rodriguez, the team's joint top scorer with three goals in six Bundesliga matches.

Manchester United have been reportedly weighing up the prospect of a move for the Swiss international, but Rodriguez insists the talk isn't bothering him.

"It makes no sense to keep on worrying about it," Rodriguez told German news agency SID, ahead of the match.