Borussia Mönchengladbach are riding high in the Bundesliga, but were dramatically dumped out of the Europa League in the last moment. The result reminds of a familiar problem, but comes with a silver lining. 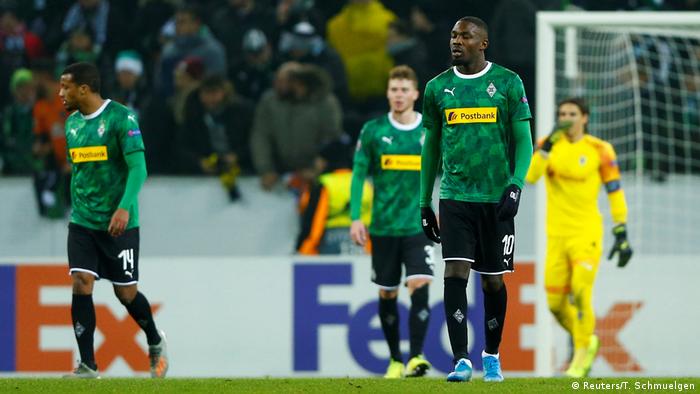 It's safe to say that Gladbach in Europe are different to the Gladbach in the Bundesliga. The excitement that the club's victory over Bayern Munich last weekend brought was silenced by the team that were two points short of Turkey's Super Lig title last season.

Gladbach's Europa League campaign is in stark contrast to their Bundesliga success. In six games, the club has managed to win twice, draw twice and lose twice.The 4-0 home defeat in their first group-stage game to Austrian side Wolfsberger AC proved a telling result and performance for a campaign that once again has ended prematurely for a talented, German team.

However well German sides do domestically, that success often fails to translate onto the European stage.

Gladbach are a two-time UEFA Cup winner, but the glory days of the 1970s need to stop being the reference point. The last time whispers of a run at a European trophy were heard was two years ago, but Gladbach were dumped out on away goals in the Europa League Last 16 by fellow Bundesliga side Schalke. Two group-stage exits in the Champions League in the years before left an impression and a new nickname, but little more.

The arrival of Marcus Thuram has visibly changed that. The 22-year-old's confidence is adding to his timing. He appeared the only one expecting Stefan Lainer's cross at the far post, and his 10th goal of the season ensued. Thuram, who is the son of legendary French World Cup winner Lilian Thuram, only managed 17 in 72 for his previous side Guingamp. A career best haul beckons for a player who is already the latest example of just how fast and how much young players can develop in the Bundesliga. 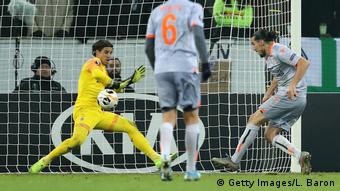 Yann Sommer was once of those developing players, andhis heroics against Bayern last weekend were proof of just how good the Swiss has become. Tonight though, Sommer flapped at Irfan Kahveci's long-range effort that left the in-form keeper looking foolish and Basaksehir level.

It all fit Gladbach's European lethargy. Patrick Herrmann was short of his best, and Alassane Plea's superb header was not brilliant enough to beat Mert Gunok. Not even Thuram, Gladbach's man of the moment, could once again put on the hero's cape. Just one minute after Enzo Crivelli scored in the box, after being left inexplicably free, Thuram sent a header crashing onto the post. Tonight, there was no sign of his corner flag celebration.

Gladbach were left speechless, stunned by being on the wrong end of results in a tight group. This leaves yet another exciting and talented Bundesliga side out of European competition, but it does open the door for Gladbach's domestic challenge. This is their silver lining, but until they travel to Wolfsburg on Sunday, another Europa League exit will feel like an international chance missed rather than a domestic chance gained.