With its anti-euro currency platform, the Alternative for Germany party has made a strong election showing, winning just under five percent of the vote. That means they just barely missed entering parliament. 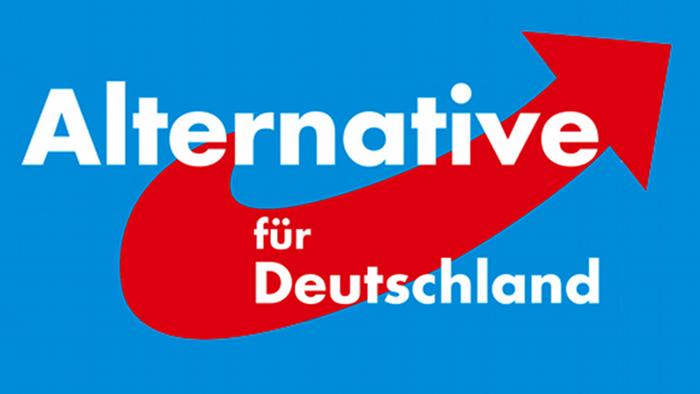 It's known as the "anti-euro" party, as it demands the orderly dissolution of the 17-member eurozone currency union. And in reference to an arch-conservative splinter group of Republicans in the US, it has also been deemed "a kind of German Tea Party" on Germany's popular public Tagesschau television show.

Alternative for Germany(AfD) is a merging of economic liberals with conservatives. It has also managed to draw 16,000 members to its ranks in its first year of existence.

By comparison, the business-liberal Free Democratic Party (FDP) and Green Party, each of which has been around for decades, have roughly 60,000 members each.

The AfD does even better on Facebook. Just before national elections, more than 76,000 have "liked" the party's Facebook page. That's more fans than German Chancellor Angela Merkel's Christian Democratic Union (CDU) or the Social Democratic Party (SPD) - the center-right and center-left mainstays of German politics respectively - have on their own pages.

A large reason for the group's success is dissatisfaction with Merkel's handling of the eurozone currency crisis. In a survey conducted by the weekly magazine Der Spiegel in 2012, 54 percent said they didn't see any sense in adding further billions to euro rescue packages. 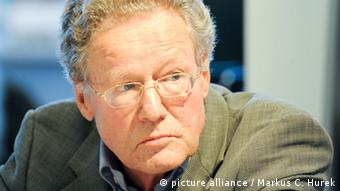 It is just such people, says AfD founding member Konrad Adam, who are likely to give their vote to his party.

"When it comes to rescuing the euro, all parties in Germany's parliament ultimately share the same opinion," he told DW. "They only differentiate in how much money they want to hand out."

The former political editor at Frankfurter Allgemeine Zeitung, Germany's third-largest newspaper by circulation, added that he sees something wrong with prevailing opinions about the common currency.

"The euro's considered holy, and whoever has a different opinion is dismissed or reviled as a populist. That's not right," he said.

Konrad is one of three party spokespersons. The other two are a chemist, Frauke Petry, and a former CDU member, Bernd Lucke, who is also the AfD's top candidate in parliamentary elections. They are not the only recognizable names, however. Industry giant Hans-Olaf Henkel, former president of The Federation of German Industries, has come out in support of the AfD.

No euro - for Europe

Economists and politicians within the AfD party can envision two scenarios for the future of Europe. In the first, countries within the eurozone return to their former national currencies, such as the Deutsche Mark in Germany, the Franc in France or the Drachma in Greece. In the second, smaller currency zones would be established. Konrad Adam, for example, speaks of a potential division between a northern and southern euro. 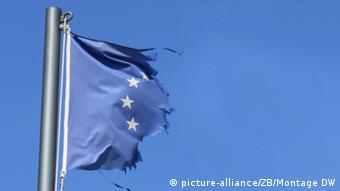 An acceptable solution - if limited to the currency?

German Finance Minister Wolfgang Schäuble (CDU) dismisses any return to national currencies and has little sympathy for the politics of the AfD. "I don't have any time for these people, who are obviously trapped way back in the past," he said in an interview with ZEIT online, the online magazine imprint of a weekly German newspaper. He added that the AfD was stoking fears of Europe.

Bernd Lucke counters that his party would like to do away with the euro currency only - and not European integration. In fact, the economics professor at the University of Hamburgbelieves that the end of the common currency would be the best thing that could happen to Europe.

"We fear that Europe will not profit from the euro, but will gradually be destroyed by it," he said in an interview with DW.

Over the last few weeks, and with national elections looming, the AfD has shown once more that it does not intend to be a one-trick political pony.

At a campaign event in September, Bernd Lucke spoke of immigration to Germany. Foreigners who lack an understanding of the German language and without sufficient education should not be allowed into Germany, the politician told Germany's second-largest newspaper by circulation, the Süddeutsche Zeitung. 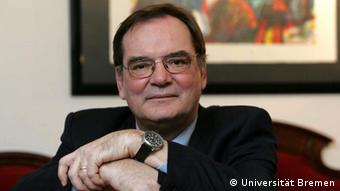 Such a policy is for Germany's own protection, he said, since such immigrants could only live on social welfare. "Then they form a kind of social sediment - one that remains for life in our welfare system," he said at the event.

His words echoed the party's own election program, which reads, "Disorderly immigration into our social system must absolutely be prohibited."

Such statements have recently forced the AfD to defend itself against accusations that the party might draw right-wing extremists as future members. On Germany's Tagesschau public television program, Lucke said, however, that his party would not take any former member of the right-wing National Democratic Party (NPD).

Economist Rudolf Hicken would like to see more action behind those words. "I think the AfD will continue to assert that it rejects right-wing subversion," he told DW, "but what's crucial is that they're not taking massive action against it."

The Bavarian regional elections have provided the ruling Christian Social Union with an absolute majority. But the defeat of the Free Democratic Party could be more detrimental to Chancellor Merkel's election success. (16.09.2013)