Until recently, author and translator Eugen Ruge was all but unknown in Germany. But his autobiographical story of an East German family's experiences across 40 years won him the top literary award. 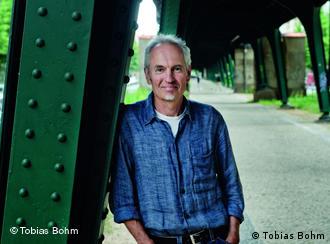 Many aspects of Eugen Ruge's prizewinning novel are autobiographical

The novel is the 57-year-old's debut and treats "the experiences of four generations across 50 years in a dramatic, refined composition," wrote the book prize jury, adding that the book examines "socialist utopia, the price it exacts on the individual and its gradual disappearance."

The jury also praised the novel for being engaging and full of humor as it traces the story of a family. The grandparents are staunch communists, the parents are victims of Stalinism, and the son is a frustrated GDR citizen who flees to West Germany.

The storyline begins in 1952 in Mexico, where the committed Stalinists, Charlotte and Wilhelm, are in exile. Both come from working class families, and it was the communist party that first offered them recognition and the ability to let their talents unfold. Even though their own sons fell victim to Stalinist purges in the Soviet Union, the couple prefers to overlook the fact that the party also demands iron discipline and sends the disobedient off to gulags.

One son, Kurt, survives and moves with his Russian wife Irina to East Germany, steadfastly refusing to discuss his experiences in the gulag. He adapts to his new life but also turns inward and avoids participating in party affairs as much as possible. His son Alexander grows up between two conflicting worlds: the silence of his father on the one hand and the socialism of Charlotte and Wilhelm on the other. His mother holds the family together while dissolving her frustrations in alcohol. 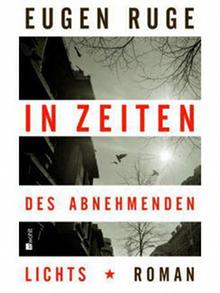 An English version of the novel is planned

The novel takes place partly in 2001. Alexander travels to Mexico to trace the footsteps of his grandparents who survived the Nazi era by living in exile there. Alexander's travels frame the story as it reaches back and incorporates details from the family's history to 1952. Another focal point is the 90th birthday of family patriarch, Wilhelm, in October, 1989, just before the fall of the Berlin Wall.

As the temporal perspective shifts throughout the novel, so does the narrator. Each of the family members takes over the narrative at different points, offering their own perspectives on the story. But the central figure remains Alexander, arguably the author's own alter ego.

Eugen Ruge tells exacting, unembellished stories that could only have come from the GDR. "In Zeiten des abnehmenden Lichts" is indeed the author's first novel, but he's no newcomer to the literary scene. For years, Ruge has written radio dramas, screenplays, theater works and translated Russian texts. In 2009, he won the Alfred Döblin Prize for parts of the now-complete work.

It's not an accident that the novel has just now been published, though. The author said he was only able to finish it after the death of his parents and grandparents, which allowed him enough distance to cast a sharp but not unsympathetic glance back at their lives. The result is a novel that neither excuses nor glorifies the GDR. Rather, it underscores how deeply interwoven justice and injustice can be.

An English translation of Ruge's novel is in the works, but the author's publisher was unable to provide an expected release date.

The German Book Prize jury has announced its shortlist of the year's six best German language novels including two books by first-time authors. (14.09.2011)

The famous actor's path from GDR drama school dropout to Hollywood movie star is undoubtedly one of the most unusual acting career paths of the post-war era.