The European Union and Ukraine are set to agree on a program of political reforms and physical repairs to the former Soviet state's gas network, officials said. But if Ukraine can't pay, Europe may not get any gas. 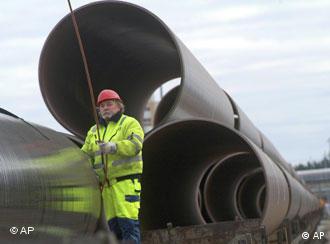 The EU is highly dependent on Russian gas imports

On Monday, March 23, Ukraine's President Viktor Yushchenko and Prime Minister Yulia Tymoshenko -- currently feuding ahead of presidential elections -- are set to meet the head of the EU's executive, Jose Manuel Barroso, and officials from the World Bank, European Investment Bank and energy companies in Brussels.

They are expected to sign a joint declaration committing Ukraine to reforming the rules for operating its gas network. That should pave the way for Western and Russian donors to invest in the renovation of the network, EU diplomats told DPA news agency. 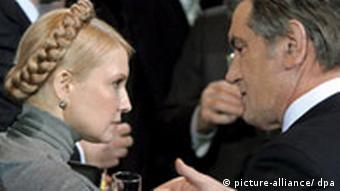 One fifth of all the natural gas consumed in the EU flows through Ukraine's 13,500-kilometer (8,400-mile) network of gas pipelines. Some experts have said that the network will need some 2.5 billion euros ($3.4 billion) in investment over the next six years just to keep the pipes and pumping stations in working order.

Analysts say that Ukrainian monopoly Naftogaz, which runs the pipeline system, is having difficulties attracting the necessary investment due to a perceived lack of transparency both in its management and in Ukraine's top political leadership.

"I see a situation later this year where Naftogaz will not be able to meet its payment obligations to Gazprom because of its worsening financial situation," Robert Shetler-Jones from Swiss-based gas trader RosUkrEnergo (RUE) told Reuters news agency. RUE is owned by Russian gas giant Gazprom and two Ukrainian businessmen.

"If Ukraine continued not to pay, then this could have a serious impact on the European gas supplies," added Shetler-Jones. 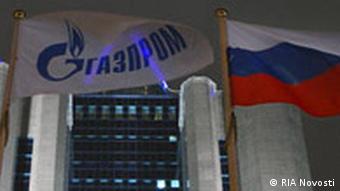 Russian energy giant Gazprom has the full backing of the Kremlin

The question of Ukraine's gas transit system has been a highly-charged one ever since a row with Russia in 2005-2006 provoked Russian gas monopoly Gazprom to shut supplies off to Ukraine, causing severe shortfalls in Europe.

The drama was repeated in January, when gas supplies to the EU were stalled for two weeks.

The EU has said it is interested in becoming less dependent on both Russia and Ukraine as energy suppliers.

On Thursday, EU leaders agreed to give 200 million euros to the "Nabucco" pipeline project, which is meant to bypass both countries and bring gas directly from the Caspian Sea to Europe.

Russian natural gas pumped via Ukraine reached Slovakia on Tuesday, nearly two weeks after a shutdown of Russian supplies to the EU shuttered factories and left citizens in some countries shivering. (20.01.2009)