EU officials have said they will ask the former European Commission head to give details of his contract with the firm. Barroso caused outrage by joining the bank, which some say helped cause Europe's financial crisis. 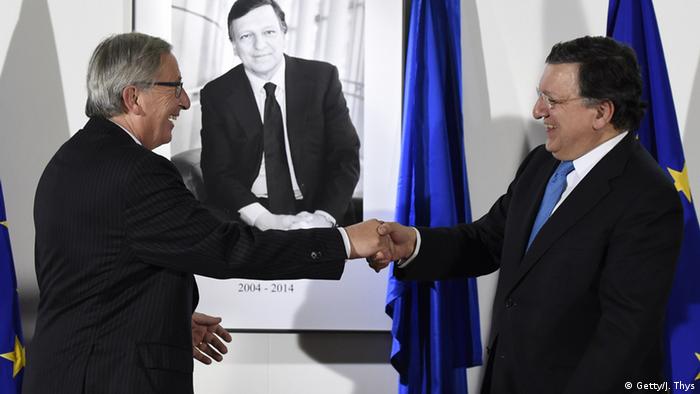 Juncker added that his team would send Barroso "a letter asking him to provide clarification on his new responsibilities and the terms of reference of his contract, on which I will seek the advice of the (Commission's) Ad Hoc Ethical Committee."

The current EU Commission head was responding to a request by European Ombudsman Emily O'Reilly, who is in charge of maladministration inquiries in the EU administration.

"Mr. Barroso's move has generated concern at a very challenging time for the EU and particularly in relation to citizen trust in its institutions," she wrote.

Barroso took the office of EU Commission President in 2004, after serving as prime minister in his native Portugal. He stayed at the helm of the EU's executive branch until 2014, wrestling with the consequences of the 2008 financial meltdown and the subsequent debt crisis that engulfed the continent.

In July this year, the US bank Goldman Sachs announced it hired Barroso as an advisor on Brexit and non-executive chairman.

According to code of conduct for former commissioners, Barroso was obligated to wait through the obligatory 18-month "cooling off" period before taking the job. He waited for 20 months, thus fulfilling the condition.

Still, the news of Barroso joining Goldman Sachs sparked outrage across the continent, as many still hold the bank responsible for the 2008 crash. Additionally, experts criticize public officials for using their contacts and inside knowledge in the private sector, creating room for conflict of interest.

"It is, at the worst possible moment, a disastrous symbol for the Union and a gift horse for the europhobes that a former Commission president is associated with the unbridled and unethical financial values that Goldman Sachs represents," they said in the document, which has since gathered over 130,000 signatures.

In his letter, Juncker said Barroso would now be received at the Commission as a lobbyist rather than as a former president. However, the ex-chief would also still be bound by EU rules of professional secrecy at his new job, according to the 28-member bloc.