The European Commission is to draft new technical standards to limit the volume of mobile music players following concerns the popular gadgets could cause hearing loss, particularly among young people. 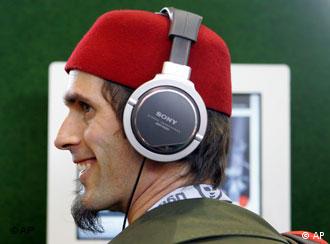 Cool headphones but how loud is that music?

The EU's Consumer Affairs Commissioner Meglena Kuneva said on Monday that the proposed standards would aim to cap the maximum volume output on MP3 players from 100 decibels down to 80.

Kuneva said scientific research had shown that the quality of music reproduction at high levels on small players is now so superior that more and more people are turning up the volume, risking permanent damage. 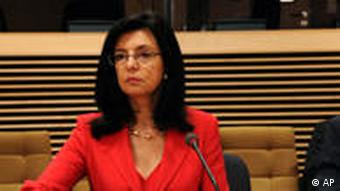 "It's easy to push up the sound levels on your MP3 player to damagingly loud levels, especially on busy streets or public transport," Kuneva said.

"And the evidence is that particularly young people - who are listening to music at high volumes sometimes for hours each week - have no idea they can be putting their hearing at risk. It can take years for the hearing damage to show, and then it is simply too late."

The commissioner added that research showed that five to ten percent of all regular users of MP3 players are at risk.

"That's up to ten million European citizens," she said.

Loud music fans can still turn up the volume

Manufacturers of mobile music players will also have to include "clear warnings" on the packaging of the risks involved in listening to MP3 players for extended periods of time at certain volume levels.

The new standards, which could take up to two years to be developed, would apply across the 27-member bloc. They would also include setting a default safe noise levels for players such as iPods and those installed in cell phones.

Kuneva insisted that loud music fans will still have the freedom to exceed the recommended safety level if they wish.

"We are not imposing noise limits," Kuneva said. "We are asking the industry and the EU's body for standardizing to look at the best ways of tackling this issue."

"Desert Flower," the best-selling book by former super model Waris Dirie, has been adapted for the big screen. German-US director Sherry Hormann hopes it will draw attention to the problem of female genital mutilation. (23.09.2009)

Children in the US are more than three times as likely to be prescribed psychotropic medication as children in Germany, according to the findings of an international study. (25.09.2008)