EU to Criminalize Internet-Based Incitement to Terrorism | Europe | News and current affairs from around the continent | DW | 19.04.2008

European Union justice ministers have agreed that using the Internet to publish bomb recipes or call for acts of terrorism to be committed should count as a criminal offence. 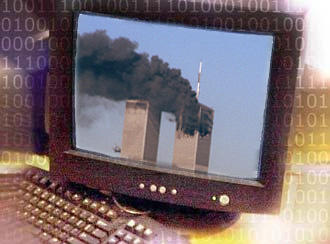 Offenders may be punished with prison sentences

The 27 member states agreed on Friday, April 18, to introduce as new offences "public provocation to commit a terrorist offence, recruitment, and training for terrorism" which would be punishable "also when committed through the Internet."

People found guilty of "disseminating terrorist propaganda and bomb-making expertise through the Internet can therefore be prosecuted and sentenced to prison," the justice ministers said in a joint statement.

The commission's proposal would also allow EU law-enforcement agencies to demand cooperation from Internet providers in order to identify the people making such calls and to ensure that the offending material is taken off-line.

Closing gaps in prior legislation

In 2002, the EU member states agreed common rules for fighting terrorism, but those rules didn't include Internet-based calls to commit terrorist acts.

While some details of the proposal still need to be finalized, Friday's agreement signifies a basic level of support, making it unlikely that any member states would oppose its adoption.

The Internet has become the main mode of communication for international terrorists, according to Germany's top prosecutor. That's why the country needs to consider highly controversial surveillance methods, she said. (14.12.2007)

The European Union's top justice official proposed a series of anti-terror measures including an EU-wide system of sharing airline passenger flight details and a ban on Web-based incitement to violence. (06.11.2007)

Do you agree that incitement to commit terrorist acts via a Web site should be a punishable offence? Please include your name and country in your reply.