EU threat to impose female quotas gets mixed response in Germany | Germany| News and in-depth reporting from Berlin and beyond | DW | 17.09.2010

The EU’s Commissioner for Equal Opportunities Viviane Reding has warned firms in Europe to rapidly promote women into top jobs or face a 30 percent quota from next year. 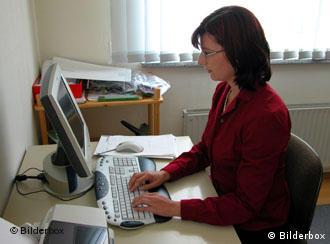 A European Commission threat to elevate women by fixed quotas into top company jobs coincides with growing admissions in Germany that this could be the only remaining option to redress the balance.

Despite a pledge made nine years ago by German industry to voluntarily remove the “glass ceiling” blocking women, only 2.5 percent of board members of Germany's 200 largest companies are female. And at the 100 firms with the highest turnover, only four board executives are women. EU-wide the trend is much the same: The Commission says 89 percent of board members of Europe's stock market-listed companies are males. 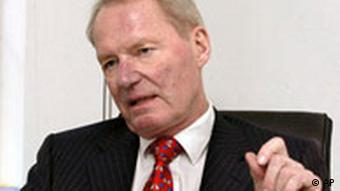 Hans-Olaf Henkel, ex-president of the German BDI industry federation, conceded recently that he no longer opposes a quota. “The fact that over the years hardly anything has happened shows that we're not making headway.”

Personnel consultant Heiner Thorborg, the author of a book on why women do not make it into top jobs, said he too had once been an opponent of quotas. “But when I consider that my 12-year-old daughter will have to wait 200 years until something significant happens, then I say: the last modus is the quota, and it has to come!” 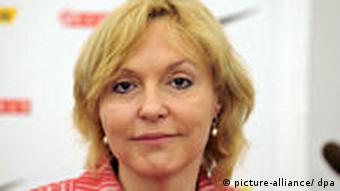 “We've seen that all the goodwill and effort hasn't helped.” Female participation in party membership, currently at 18 percent, was dwindling, she added.

“We want a quota. Women voters can only be won over when women can participate in politics and when women have the chance to move into positions of leadership.”

Federal Family Minister Kristina Schroeder favors industry's goodwill as before. “What we need are political changes that we'll best achieve with the support of commerce, not in battle against industry.” Schroeder's ministry has initiated the drafting of a voluntary “code for good management.” Apart from one woman, its code commission is made up of male executives.

Like Commissioner Reding, business studies professor Ulrike Detmers points to research findings showing that firms with a balanced male-female mix benefit all round, including gains in profitability:

“Goals are reached much more quickly. Meetings run more efficiently. When the women present are also mothers then one comes straight to the point.” What's needed, she says, is “better childcare, more flexible hours” 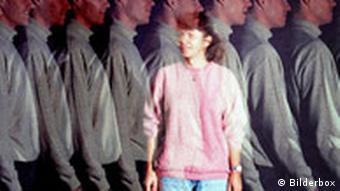 It's high time to redress the balance, if necessary by force, says Viviane Reding

But some in Germany maintain that such progress cannot be legislated. The president of the German Chambers of Commerce and Industry (DIHK), Hans Heinrich Driftmann, says that the lack of women in senior positions can be attributed to a number of reasons, including the difficulty of balancing family and work, and women's tendency to avoid technical and scientific career paths.

"A legal quota can't really influence such wide-ranging underlying causes, and for that reason, I would argue against imposing one," Driftmann told the German daily paper Die Welt.

"I was recruited to my career on the basis of my qualifications, not because of my sex," said Marie-Christine Ostermann, a 32-year-old executive who also chairs Germany's Association of Young Business Leaders. "Had a quota been in place, I would have felt as if I had been reduced to a gender."

Germany falling back in international rankings

In overall gender inequality terms, Germany has fallen back in recent years, according to the World Economic Forum's latest survey. From being ranked fifth among 128 nations in 2006, Germany has slipped to 12th place. Topping the list are Scandinavian nations. The Forum's scoring is based on 30 indicators, including women's access to education and chances for economic participation.

In one of several nationwide studies, the German Institute for Economic Research, the DIW, found that most women in employment remain confined to lower-paid jobs, and if they do enter senior management, then this tends to happen in service sectors.

The Luebeck-based survey institute Databyte says the presence of women in middle to upper management nationwide is 17 percent, but its survey of 940,000 firms shows marked regional variety.

Berlin tops with a women's quota of 19 percent, closely followed by Germany's post-unification eastern states. The tail-ender is Baden-Wurttemberg in southwestern Germany with below 15 percent. Firm size also plays a role – women play bigger roles in smaller firms, including the retailing and the health sector in eastern Germany.

One of the few German companies to self-impose its own women's quota is Deutsche Telekom. Its goal is 30 percent by 2015, but senior Telekom employees fear that a decade of appeals and promises has not worked.

“I think we have underestimated one thing – the ever-present DNA, the 'old boys networks' that shape company cultures, also in the sense of propagating traditional role models," Telekom's head of personnel, Thomas Sattelberg said.

Professor Detmer doubts that Germany's current government will move beyond soliciting goodwill. “Out of consideration for industry's interests, I don't think the federal government will make the hard choices.”

Prostitution on the archipelago is illegal. Still, there are about 800,000 prostitutes living and working in the Philippines. Half of them are underage. (01.12.2009)

In India, the fate of the Women’s Reservation Bill is unclear but reservation has been a reality in rural areas for over 15 years. Pia Chandavarkar meets a council head who has brought change to a Maharashtra village. (18.03.2010)