EU summit: dark clouds over Bratislava | Europe | News and current affairs from around the continent | DW | 16.09.2016

The first EU summit after the Brexit vote is meant to give the EU a new sense of direction. Chancellor Merkel said the bloc is in a "critical situation." DW's Barbara Wesel explains from Bratislava. 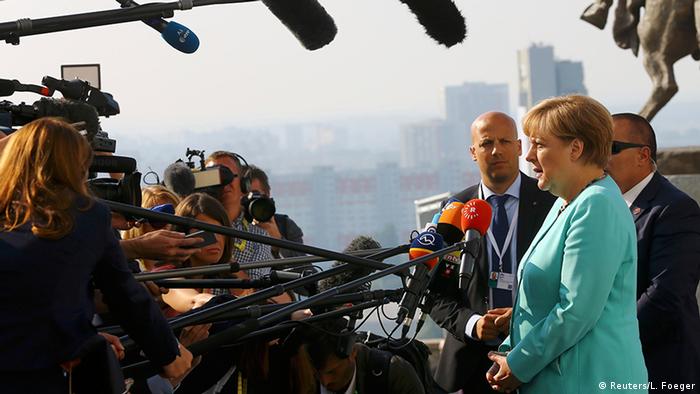 In the run-up to Friday's summit, EU Commission President Donald Tusk has announced he'd be ruthless in his analysis of the reasons behind the Brexit vote. He also said he would then develop a "Bratislava Roadmap" to show a way out of the doldrums. So it doesn't sound like he's preparing for a happy meeting.

Even his invitation to the meeting sounds depressing: "People want to know whether Europe's elite can regain control over the situation that has overwhelmed, disoriented and scared them. Many now think that EU membership is standing in the way of stability and security."

Both German Chancellor Angela Merkel and French President Francois Hollande admitted that the bloc needs to do better if it wants to survive.

"We are in a critical situation. We have to show with our actions that we can get better," Merkel said at the summit. "I hope that Bratislava shows that we want to work together and we want to solve the problems which we have in Europe."

Hollande said it was a do-or-die moment for the union.

"We face either break-up, weakening - or we choose the opposite, together giving Europe a purpose," he said.

Merkel and Hollande, who held a preparatory meeting on Thursday before the summit, see eye to eye on certain issues, like the road map for Ukraine, but are also at odds in many ways.

The German chancellor is trying to get concrete projects off the ground to show EU citizens that they benefit from the Union. She wants to improve cooperation between the administrations, cut expenditure and streamline EU defense projects.

But on her tour through eastern European her ideas proved to be a tough sell. In particular her stance on refugee issues continued to be met with resistance. There was no sign of solidarity in the face of this problem. 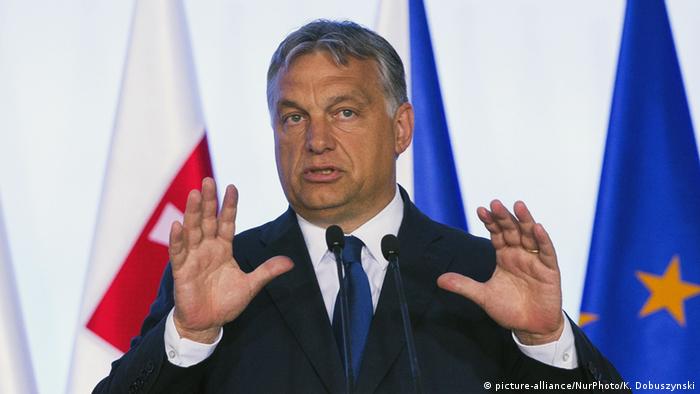 Poland, the Czech Republic, Slovakia and Hungary are coming to Bratislava with their own plan for a "cultural counterrevolution" in Europe. They are completely opposed to immigration from Muslim countries and see Christianity as the only common set of values in the EU. They also propose giving national governments a stronger say.

One of the protagonists of this push is Hungary's prime minister, Victor Orban, who has the backing of his Polish counterpart. According to their shared vision, the European Union would be redefined as a loosely knit group of countries. Warsaw is planning to push for changes to the EU laws and regulations – while ensuring that payments from Brussels continue to fill the coffers of eastern European.

Even Greece, which has benefited from EU money through years of debt crisis, has called on Mediterranean countries to stand together against Brussels. It hopes to get Italy, Portugal and Spain on board to question the financial stability pact.

British Prime Minister Theresa May has not been invited to the summit. But the Brexit issue is sure to be the big elephant in the room.

London has triggered a major EU crisis – but as long as it has not even invoked Article 50, triggering official exit procedures – it is totally unclear what future lies in store.

EU President Donald Tusk is in London for talks with Prime Minister Theresa May about Britain's plans to leave the EU. Going into the meeting, he told the UK "the ball is now in your court." (08.09.2016)