An EU envoy has criticized "gaps and contradictions" in Syria's disclosure to a global arms regulator about its chemical weapons arsenal. Damascus has denied using biological warfare during its 4-year-old civil war. 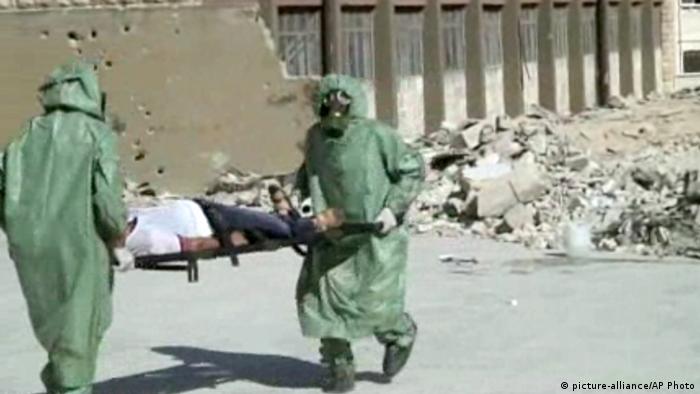 Speaking at an annual meeting of the Organization for the Prohibition of Chemical Weapons (OPCW) in The Hague, EU envoy Jacek Bylica told member states that the lack of clarity from Damascus made it "impossible to have confidence that its chemical weapons program has been irreversibly dismantled."

Syria was pressured to join the UN Convention against chemical weapons after the use of sarin gas on civilian populations on the outskirts of Damascus in August 2013. The Syrian government has denied it carried out the attack.

Following the incident, President Bashar al-Assad declared an arsenal of 1,300 tons of toxic arms and pledged to hand them all over to the OPCW for destruction.

But despite reports that as much as 99 percent of Syria's chemical weapons have been disposed of, Bylica said several reports had uncovered "alarming findings," adding that "more new questions arose than found satisfactory answers."

During Monday's talks, Syria, once again, denied ever using biological warfare during the country's four-year civil war. Officials assured the global body's meeting that it was cooperating fully with the destruction of its toxic stockpile.

"We wish here to state categorically that we have never used chlorine or any other toxic chemicals during any incidents or any other operations in the Syrian Arab Republic since the beginning of the crisis and up to this very day," Deputy Foreign Minister Faisal Moqdad told OPCW delegates.

Damascus's denial comes as the EU and several countries, including the US and Canada, have cast doubt on whether the Syrian regime has declared its entire stockpile of lethal arms.

IS has toxic arms

Fears are rising that Syria's chemical weapons could fall into the hands of insurgents including "Islamic State" (IS) militants. Several reports have pointed to the use of biological arms by the jihadist group.

Although the UN has yet to directly blame Assad's regime over the use of toxic arms, Human Rights Watch said it believed the Syrian government carried out the chemical attack, adding that Syrian rebels were not known to possess significant amounts of sarin.

Last week, the OPCW itself voiced "grave concern" at the continued use of chemical weapons in Syria. It claimed that mustard gas was used in another attack in August.

The Syrian conflict, which started in 2011 as a popular uprising to oust Assad's regime, has left more than 250,000 people dead.