EU set to lift entry restrictions for all US travelers

Member states have reportedly agreed to lift coronavirus travel restrictions on tourists from eight countries, including the United States. 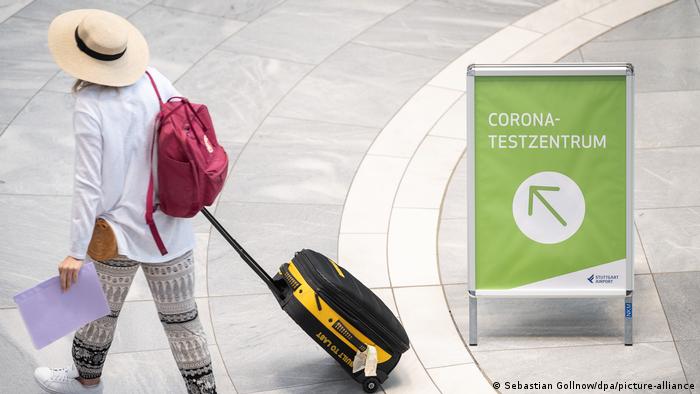 With the summer holidays approaching, European countries are keen to reopen to travelers

European Union countries have reached an agreement to ease entry restrictions for travelers from the United States and seven other nations and territories, officials said Wednesday.

The whitelist, which permits nonessential travel from outside the bloc, will now reportedly be expanded to include Albania, North Macedonia, Serbia, Lebanon, the United States, Taiwan, Macau and Hong Kong.

The change means people from those places should have an easier time entering the EU. However, it will still be up to individual member states to decide whether to impose additional requirements, such as a negative COVID test or mandatory quarantine period.

When will the change apply?

Wednesday's decision is expected to be formally adopted by the end of the week, according to a Portuguese EU presidency spokesperson cited by German press agency dpa.

It was not clear when the relaxed travel rules would come into force.

The EU's 27 member states, with the exception of Ireland, banned nonessential travel at the start of the pandemic in an effort to stop the coronavirus from spreading. Non-EU countries Norway, Liechtenstein, Switzerland and Iceland also took part in the ban.

Countries can be added to if they have recorded fewer than 75 cases of COVID-19 per 100,000 inhabitants over the past 14 days.

According to figures from the European Center for Disease Control and Prevention, the rate is currently 73.9 in the US.

An agreement between the European Parliament and EU member states paves the way for a "digital COVID certificate" that aims to make travel easier and revive the summer tourism season.