The European Commission has announced that its answer to higher US tariffs on steel and aluminum will come as early as July. Brussels said it was finalizing the list of US exports to be affected by the countermeasure. 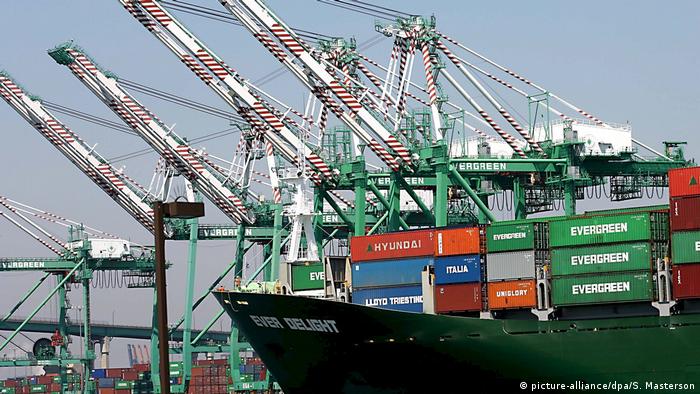 The EU executive said Wednesday it would start imposing higher duties on a number of US products in July in response to US President Donald Trump's recent decision to slap higher tariffs on some EU exports.

The Trump administration had made up its mind not to grant the EU any exemptions from duties that had earlier been imposed on China and other nations.

As a result, European Union producers now have to put up with a 25-percent tariff on steel exports and a tariff of 10 percent on aluminum shipments to the United States.

European Commission Vice President Maros Sefcovic said Wednesday that formalities in finalizing the EU's response should be completed this month and "that the duties start applying from July."

Brussels had earlier indicated it would introduce rebalancing tariffs on about €2.8 billion ($3.4 billion) worth of US steel, agricultural and other products including bourbon, peanut butter, cranberries and orange juice.

In mid-May, Brussels notified the World Trade Organization of its plans to retaliate.

Last year, the European Union exported some 5.5 million tons of steel to the US. Producers in the bloc are increasingly worried about a loss of market access. But they are even more concerned about the prospect of huge amounts of steel from China and other Asian nations flooding domestic markets.