The EU will embrace US President Barack Obama's "European-style" strategy for Afghanistan and will contribute to a "civilian surge" by providing more money and more police trainers, the bloc's foreign ministers said. 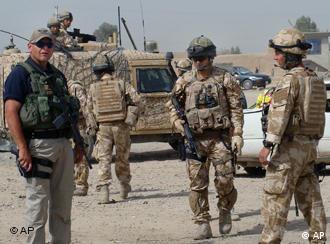 The US president unveiled his administration's strategic review for Afghanistan in a renewed effort to stabilize the country, saying a major goal will be to shut down the al-Qaeda terrorist network in Afghanistan and Pakistan using a bolstered troop presence.

"We have a clear and focused goal: to disrupt, dismantle and defeat al-Qaeda in Pakistan and Afghanistan, and to prevent theirreturn to either country in the future," Obama said.

The announcement came at a time when violence in Afghanistan is at its highest level since US-led forces invaded in 2001 to oust the Taliban from power.

It echoed a long-standing European view that the Taliban insurgency cannot be defeated by military means alone. Instead, the US is now planning a wider approach to the problem, involving Pakistan and other regional players, and helping Afghanistan take care of its own security.

"I believe that the president's announcement today will strike a very strong chord with Europeans," said British Foreign Minister David Miliband, whose country is the second-largest contributor after the US to NATO's operations in Afghanistan. 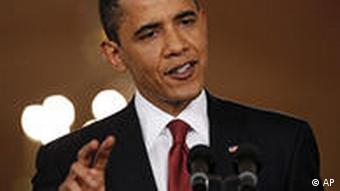 For Obama, defeating al-Qaeda is the top priority in Afghanistan

In the next six weeks, the US will already be sending a combat aviation brigade of some 3500 soldiers with more than 100 helicopters in a mission that will double the number of US helicopters in the country.

A further 8000 US Marines with another 50 helicopters will arrive over the next two months followed by an armored infantry brigade of some 3500 to 4000 troops, the US military says.

As part of the new strategy, Obama now plans to send hundreds more civilian officials into Afghanistan to boost under-resourced reconstruction and development programs, and is also expected to support a bi-partisan Senate bill to triple US aid to Afghanistan to $1.5 billion a year for five years, also looking at needed military assistance, particularly helicopters to transport troops to war zones.

Moreover, the US will stump up billions of dollars of extra aid to help anti-terror ally Pakistan secure its democracy, senior administration officials said, helping Islamabad crack down on al Qaeda and Taliban havens.

German troops are based in the north of the country 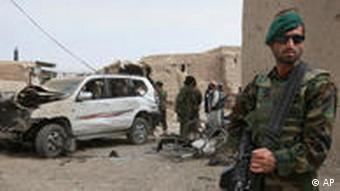 An added 4,000 troops are to be deployed to train Afghan security forces

In a speech to parliament ahead of NATO's 60th anniversary summit along the German-French border on April 3-4, German Chancellor Angela Merkel welcomed Obama's moves to develop a joined-up strategy for both Afghanistan and Pakistan, but "without forgetting that not all Pakistan's problems are also Afghan problems. These remain two different countries."

Echoing the White House officials who said the Taliban had made a "very significant comeback in the last two years" that could not be allowed to take root, Merkel also issued a firm no to any prospect of holding talks with the Taliban in order to put an end to the insurgency raging in large parts of Afghanistan.

"We must work more closely with those who want to reconstruct their country, who respect the standards of the rule of law, whatever they may call themselves ... But those who fight against reconstruction, who ride roughshod over human rights with violence and terror, cannot be our partners," she said.

Obama will be presenting his latest plans at the upcoming NATO summit, which marks his first visit to Europe since becoming US President in January. He is expected to press allies in the alliance to do more in Afghanistan.

His administration reportedly also hopes to secure pledges for additional military help for the Afghan war. France, for instance, has allegedly expressed an interest in working with the Afghan police force, while The Times reported Friday that Britain is ready to send more troops to support the increase in US troop numbers. 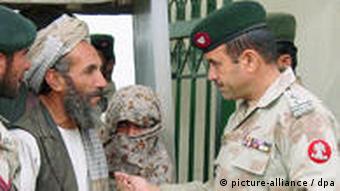 German Chancellor Angela Merkel, meanwhile, agrees that NATO has to succeed in Afghanistan to stop it becoming again a base for "terrorists" from which to attack alliance member countries.

"Afghanistan is NATO's biggest test at present," she said on Thursday. "For me our aim remains clear: That Afghanistan no longer poses a terrorist threat to our security, in other words in NATO member countries."

"We should remember that Afghanistan ... was the base for the attacks of Sept. 11, 2001. This was possible because there was no functioning state, and that was the reason for our engagement in Afghanistan, because it threatened our security, the members of NATO," she said.

But she also has an upcoming general election to consider -- and Germany's mission in Afghanistan, the country's first major overseas military operation since World War Two, remains unpopular at home.

A survey published this week showed that 58 percent want German troops to come home and only 36 percent are in favor of the mission continuing.

Germany currently has 3,640 troops stationed in Afghanistan, one of 41 nations forming the 60,000-strong NATO-led International Security Assistance Force. The German parliament voted last year to increase this to 4,500.

Germany's troops are based in the relatively peaceful north of Afghanistan, but Merkel stressed Thursday that her country is already pulling its weight in terms of police support and civilian reconstruction work.

A German soldier told Deutsche Welle about the hardships and rewards of serving in Afghanistan. Germany has about 3,500 soldiers stationed the country, where attacks remain a common occurance. (27.01.2009)

In a paper on transatlantic cooperation published to coincide with the inauguration of Barack Obama as US president, Chancellor Merkel's conservatives call for a new political strategy to end the conflict in Afghanistan. (21.01.2009)

US President Joe Biden signed an executive order unfreezing billions in Afghan funds in US banks. The frozen Afghan central bank assets will be split between humanitarian aid and the victims of the September 11 attacks.