EU parliament calls on France to halt Roma deportations | Europe | News and current affairs from around the continent | DW | 09.09.2010

The European Parliament has demanded that France immediately suspend the expulsion of Roma migrants, saying that the mass expulsions are prohibited by EU law. The French government remains defiant on the issue. 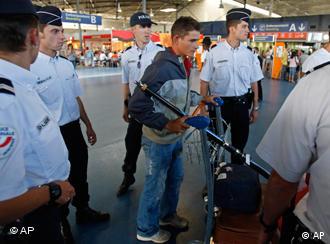 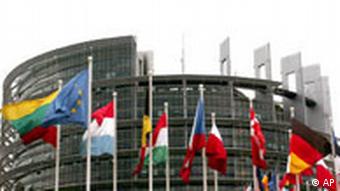 The resolution, which was adopted by 337 votes to 245, expresses "deep concern at measures taken by France and other member states targeting Roma and travelers" and "urges those authorities immediately to suspend all expulsions of Roma."

Parliamentarians in Strasbourg also called on the European Commission, the European Council and on individual EU governments to "intervene with the same request."

The resolution stressed that "mass expulsions are prohibited" under EU law, "since they amount to discrimination on the basis of race and ethnicity."

French Immigration Minister Eric Besson, who was in Bucharest on Thursday for talks with Romanian authorities about the issue said there was "no question" of Paris complying.

"Of course we are not going to submit to a political diktat," Besson said.

Romanian President Traian Basescu criticized the French policy on Thursday, saying that "realistic solutions" were needed. "France is not handling this like a European state," said Basescu, adding that Roma also had a responsibility to integrate into European society. 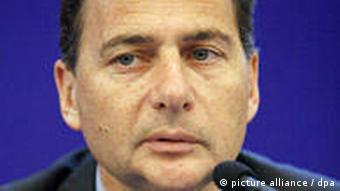 Besson said there was no chance of France complying

France began a security crackdown in July and has since dismantled some 100 unauthorized camps and deported almost 1,000 Roma migrants to their countries of origin, principally Bulgaria and Romania.

Officials have used a "voluntary return procedure," in which Roma are given money in exchange for a promise not to return, to press ahead with deportations.

French President Nicolas Sarkozy claims that the actions are necessary as part of a crackdown on crime.

The actions have prompted criticism from the United Nations and the Roman Catholic Church, as well as condemnation from within France itself.

Thousands of people have been rallying across France and in some European cities to protest against the deportation of Roma as well as other new security measures adopted by French President Nicolas Sarkozy's government. (04.09.2010)

Bernard Kouchner, a long-term humanitarian advocate, said he came close to stepping down over the French government's new law and order crusade against the Roma gypsies. (30.08.2010)

The French Foreign Ministry rejected claims by the UN that its drive to expel Roma travelers contravenes international law. A UN committee has urged France to do more to integrate Roma in French society. (27.08.2010)