EU transport ministers have expressed concern at a European Commission proposal to stop daylight savings next year. One of the major issues is that the EU could end up with a patchwork of time zones. 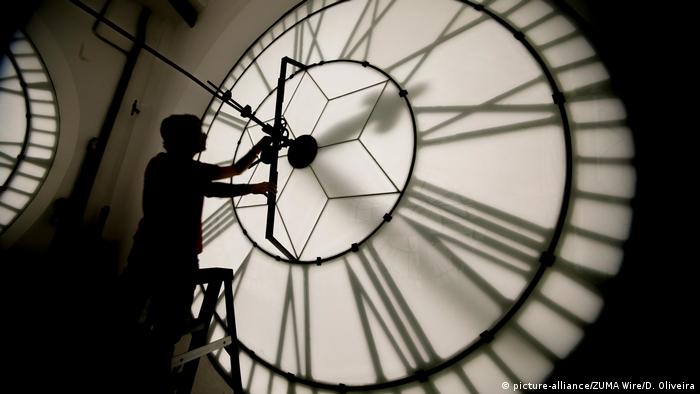 "If we aim to do this in 2019, as the Commission suggested, this will not be supported by the majority of member states," Hofer said at the start of an informal meeting of EU transport ministers in the Austrian city of Graz.

Hofer said there was broad support for Austria's proposal that the switch to permanent winter or summer time should take place instead in 2021.

"Three countries [Britain, Sweden and Poland] were skeptical and one was concerned that we could end up with a patchwork of different time zones," Hofer added.

The Commission has said it wants each EU government to decide by April which time zone they want to be in permanently — whether they want to stay in summer time year-round or turn their clocks back one last time to permanent winter time.

A recent EU-wide online poll found 84 percent of the 4.6 million participants supported abolishing the twice-yearly clock change, but this represented less than 1 percent of the bloc's population and most respondents were from Germany.

Hofer said necessary technical preparations meant the proposed date to end changing the clocks needed to be moved to 2021.

"For example, the airline industry tells us they need at least 18 months to prepare," Hofer said.

"We must also be careful that we don't end up with a patchwork of time zones" across Europe, Hofer added, referring to the possibility of neighboring countries making different choices on whether to stay on summer or winter time permanently. This could be a particular issue for Northern Ireland and the Republic of Ireland given the uncertainty surrounding Britain's exit from the EU.

The transport minister for Luxembourg, where nearly half the local workforce actually lives in Belgium, France or Germany, urged a continued harmonized system, saying it would be "catastrophic" if those countries were on different time zones.

Danish Transport Minister Ole Birk Olesen said his country needed to have a full public debate on the issue and that it was not realistic to scrap clock changes next year.

"There is not much awareness about the fact that it will have costs whatever we choose," Olesen said.

But opponents argue that some people cannot easily adapt to the change and feel it has a short-term negative impact on their health.

The transport ministers' next formal meeting is on December 3.

European clocks to change to wintertime

Unusual time zones around the world

North Korea has shifted its time zone in line with the South's in a gesture it said aimed to help the two rivals "become one." It's not the first country to change its clocks for political reasons. DW takes a look. (05.05.2018)