EU Must Stay Open, Finland Says As It Takes Over Reins | Europe | News and current affairs from around the continent | DW | 05.07.2006

EU Must Stay Open, Finland Says As It Takes Over Reins

Finland, which took over the reins of the EU July 1, says the 25-member bloc must keep their doors open to new members. 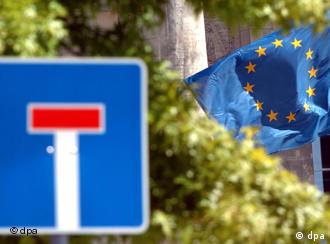 We are not at a dead end, Finland says

In spite of concerns by EU members over enlargement fatigue, Finnish Premier Matti Vanhanen said on Wednesday that keeping the bloc open to future members was one priority of his six-month term.

"Not only is enlargement a key tool for strengthening stability and democracy but it is also one of the strategic responses to the challenges of globalization," Vanhanen told the European Parliament. "The EU must continue to be an open union. European countries that fulfill the membership criteria must have the possibility to join."

In outlining the priorities, Vanhanen departed from Finland's predecessor, Austria, who was less than enthusiastic over Turkey's bid for membership. Austria wanted to limit the size of the EU and wanted its ability to absorb new members to become a decisive issue for future candidates.

Opposition to enlargement is seen as a key factor in the unsuccessful referendums over the draft constitution in France and the Netherlands last year.

Pushing on with the constitution

In addition to consulting with other EU members on the constitution and pushing for its ratification in Finland this year, the Finnish leader said that it is necessary to move forward with other internal initiatives to reform the EU's decision-making processes. 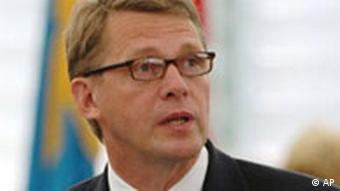 Finland's Prime Minister, Matti Vanhanen says that he wants to bring back Latin

"During our presidency, we will try to look outwards and inwards," he said. "I don't agree with pessimistic speeches about the crisis in the EU. I believe the current problems can be overcome."

For example, Vanhanen wants more integration in policing and in the judiciary by using a special legal procedure to shift these policies to another level of decision-making, with more powers for the European Commission and parliament and less unanimous voting among member states.

"There may be something of a wait-and-see mood in the union, but the world around us is not going to stop and wait," he said. "We would be doing future generations of Europeans a great disservice if we were simply to shut our eyes to the historic challenges that we face and wait for better times to come."

Other priorities that Vanhanen outlined were closer cooperation with Russia, pushing through legislative packages such as the chemical law REACH and the services directive. He also pledged more openness in the ministerial meetings as agreed to at the EU summit last June. 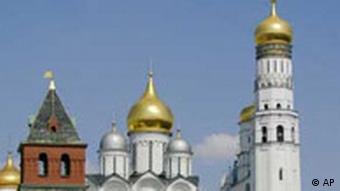 Closer ties with the Kremlin are a priority

One concrete proposal that Finland is already pushing is a tax increase on alcohol across the EU. The topic is already on the agenda for meetings next week.

"It is necessary to harmonize the tax rates to even out the price levels of alcohol," Finland said in a press release. Another initiative, considered a bit far out by some, is to publish weekly EU news bulletins in Latin on its website every Wednesday.

The new EU president will also have its hands full with a few tricky issues. One is a growing dispute between EU member Cyprus and candidate Turkey. Cyprus wants Turkey to open its ports and airspace to their ships and planes.

Vanhanen said that Turkey will be dealt with "openly and honestly" but that is has a "long and bumpy" road ahead in fulfilling membership criteria.

Some EU parliamentarians welcomed the initiatives as a good sign of things to come.

"We need the constitution," Martin Schulz, a German Social Democrat, told DPA news service of the push to revive the instrument.

On Russia, there was more dissent.

On Saturday, Austria hands over the presidency of the European Union to Finland. The Alpine republic declared some lofty goals during its time at the top, but to what extent did it deliver? (June 30, 2006)

European Union leaders on Friday left the bloc's moribund constitution in limbo until 2008 and set tougher terms for the admission of new member states to the 25-nation bloc. (June 16, 2006)

The EU admitted Thursday there would be no "miracles" as it battles to revive its fortunes at a morose summit clouded by institutional limbo and growing doubts over enlargement plans. (June 16, 2006)