European Union ministers have called for more intensive meat product testing for a month amid a growing scandal involving horsemeat being sold as beef. The affair led to food recalls across the continent. 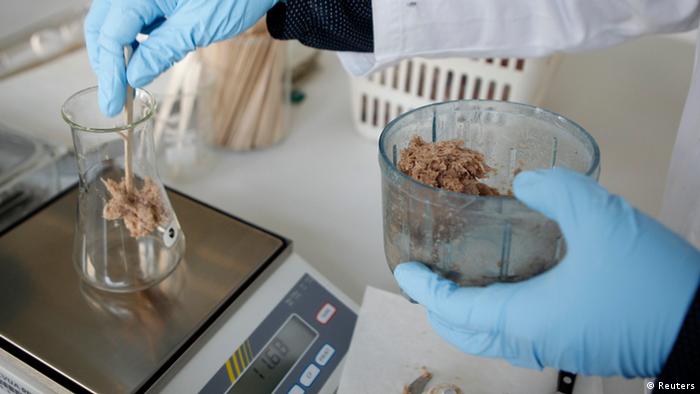 "The test will be on DNA in meat products in all member states," European Union Health Commissioner Tonio Borg told reporters Wednesday after a ministerial meeting in Brussels to discuss the ongoing scandal.

The emergency meeting was attended by countries most affected by the horsemeat affair, including Britain, Ireland, France and Romania. Representatives from Poland, Luxembourg and Sweden were also present Wednesday.

The scandal was sparked after horsemeat was found in burgers in Ireland last month following routine testing. Millions of burgers and frozen meals have been recalled across Europe in the aftermath.

A food scandal is making headlines across Europe: instead of beef, large amounts of horsemeat ended up in ready-to-eat meals. The EU is discussing the case. (13.02.2013)

Ireland's Agriculture Minister Simon Coveney, who chaired the meeting, suggested the scandal would spread to more countries as more beef tests were conducted.

"Once we got the positive test and the investigation was under way, obviously other countries followed suit," said Coveney. "As they tested they found that the problem has been getting bigger and bigger."

Earlier Wednesday, Germany said it was investigating whether a shipment of frozen lasagna in North Rhine-Westphalia contained horsemeat following a tip-off from EU authorities. Supermarkets in Norway and Denmark have also recalled suspicious products.

EU officials are still looking for the source of the suspected horsemeat fraud.

European Health Commissioner Tonio Borg said that in addition to testing for horsemeat, the EU was calling on all of its 27 members to run checks for the equine veterinary drug, phenylbutazone. It can be dangerous to humans in all establishments handling raw horsemeat.

In the first month, there would be 4,000 tests for the drug, also known as Bute, and another 2,500 for horsemeat, with initial results due April 15.

Also suggested was that investigations be coordinated by the EU's Europol law enforcement agency.

The commission's proposals will be examined at an extraordinary meeting of the EU's Standing Committee on the Food Chain on Friday, and if approved will go to EU agricultural ministers on February 25.