EU member states have approved visa-free travel for Ukrainian citizens for travels of up to 90 days. The proposal will have to go to the European Parliament for approval. 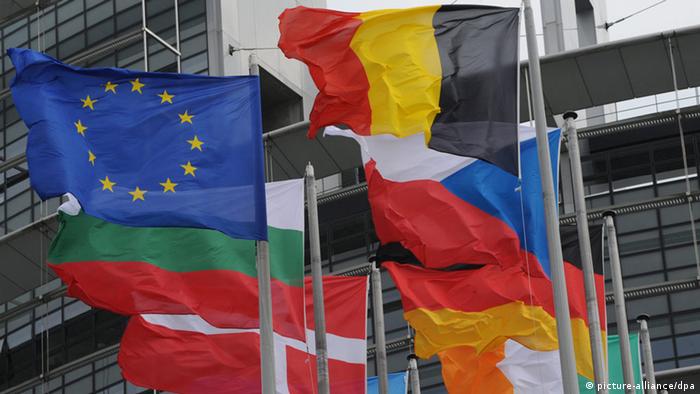 The 28 EU member states agreed in principle on visa-free travel for EU and Ukrainian citizens for stays of not more than 90 days in any 180-day period. The new visa arrangement with Ukraine will, however, only kick in once the European Union improves its so-called suspension mechanism, designed to lift any visa waivers in case of an emergency, like the 2015 refugee crisis.

Visa liberalization had long been sought by Kyiv, especially since Russia's annexation of the Crimean peninsula and its ongoing support of rebels in eastern Ukraine.

An incentive to fight corruption

The prospect of visa-free travel was introduced as part of an EU-Ukraine partnership accord signed in 2014. In return for closer overall cooperation with Ukraine, the EU stipulated that the country had to commit to a number of civil society reforms, largely aimed at combating corruption.

"Credible reform is the right path and should be encouraged," Peter Javorcik, Slovak ambassador to the EU said in a statement. Slovakia currently holds the bloc's six-month rotating presidency.

"I am also delighted that our decision is able to send a positive message in the run up to the EU-Ukraine Summit on 24 November," Javorcik added.

The announcement on the lifting of visas came, however, as somewhat of a consolation prize after the Netherlands held a non-binding public referendum earlier in 2016 on the EU Association Agreement with Ukraine, which more than 60 percent of voters said they were against. Still, the decision on visa liberalization is likely to get noticed in other countries as well; Turkey, Kosovo and Georgia have also been waiting to have EU visa requirements lifted.

The Dutch Ukraine referendum threatens to put a damper on the EU association agreement with Ukraine. The "no" campaign is leading the opinion polls. Ukrainian activists are trying to turn the tide. (05.04.2016)