EU kicks off Mali donor conference with half a billion

The European Union has pledged more than half a billion euros to help rebuild Mali after months of conflict. The promise is meant to kick-start an international aid donors' conference in Brussels. 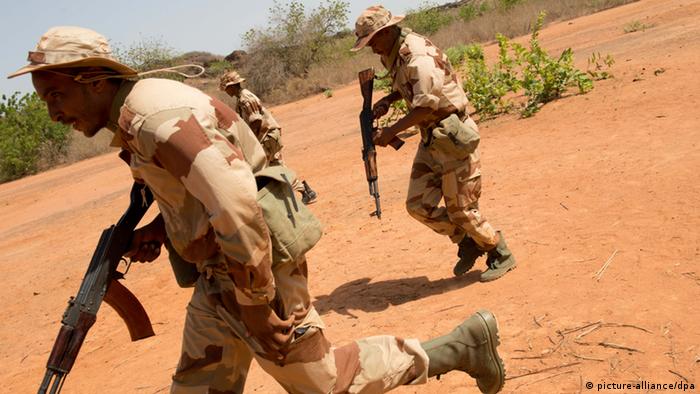 "Tomorrow we will commit 520 million euros ($673 million) for Mali between 2013 and 2014," Barroso said. "The support of the international community is essential to establish a Mali that is stable, democratic and prosperous."

After a lengthy fight for control of the north with various rebel factions, former colonial power France intervened in Mali's conflict in January, as groups of Islamist fighters gained control of much of the north and sought to move on the capital Bamako.

Malian officials have since issued a wide-ranging 4.3-billion-euro rebuilding plan, billed by Brussels as "a total relaunch of the country," for various initiatives including organizing elections currently set for July.

"I do believe it will be kept to the 28th of July," Traore said in Brussels on Tuesday when asked about the vote. "We will do everything for the presidential elections to start on that day." Traore said that neither he nor any member of the transitional government would run for the presidency.

Mali is aiming to raise around 2 billion euros during Wednesday's conference, with Traore saying that 1.5 or 1.6 billion would also represent a solid start.

"Mr Barroso announced a figure. I think that's a good start. Tomorrow or the day after tomorrow, in a week or in a month, it is clear that the international community, the European Union, will inject a lot more than that," the interim president said.

Wedensday's conference, set to include more than 100 international delegations, was organized by Barroso, Traore and French President Francois Hollande.

The French military intervention in Mali was largely successful, with France now seeking to withdraw its soldiers in exchange for a UN peacekeeping contingent made up mostly of African soldiers. Remnant fighters in the north have however launched several suicide bombings in parts formerly controlled by the rebels, prompting concerns of a continued insurgency comparable to Afghanistan or Iraq.

Tens of thousands of Malians displaced by the conflict are still in refugee camps in neighboring Mauritania, Burkina Faso and Niger, again prompting questions over the logistics of organizing a swift vote.