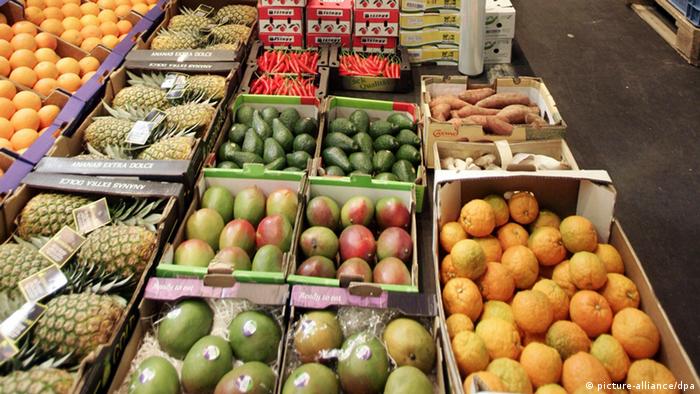 Esther Kluge was visiting Israel from her native city of Ulm in Germany this month when she heard about the European Union regulations that require labeling the products of Israeli settlements in the West Bank.

“Europe is cutting itself from the blessings of God,” Kluge told DW, who is a member of a Christian friends of Israel organization.

On Wednesday, Kluge toured wineries and an olive oil press in the northern West Bank looking for products she could sell in Germany ahead of the upcoming Christmas season.

The EU executive passed new guidelines Wednesday that require Israeli producers to clearly mark farm goods and cosmetics produced on settlements in the West Bank, East Jerusalem and the Golan Heights, if they are exported to the EU. Israeli business owners in the West Bank fear the new rules will trigger a boycott of their products and they are turning to Evangelical Christians and the Far East to bolster their bottom lines.

The EU document, released Wednesday, states that “Since the Golan Heights and the West Bank (including East Jerusalem) are not part of the Israeli territory according to international law, the indication 'product from Israel' is considered to be incorrect and misleading.”

Israeli products from those regions will have to bear the expression “Israeli settlement.” 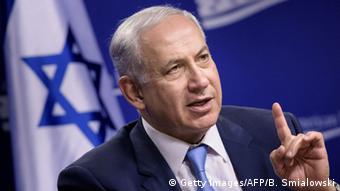 "The labeling of products of the Jewish state by the European Union brings back dark memories," he said as he wrapped up a visit to Washington.

Other Israeli officials also blasted the measure as a double standard considering the lack of similar labeling for other occupied regions, like northern Cyprus, Western Sahara, or Tibet.

Israeli Energy Minister Yuval Steinitz condemned the move, saying: “We cannot conceive it but as some disguised anti-Semitism,” Steinitz said, according to the Associated Press.

Israel's economics ministry estimates the regulations could dent profits of settlement businesses by 47 million euros, as much as a quarter of their income. This impact would be minimal compared to the 30 billion euros in annual trade between Europe and Israel.

Yaakov Berg's Psagot Winery produces 250,000 bottles a year in the rugged hills east of Ramallah. He said he exports more than two-thirds of his wine, including about 35,000 bottles to Europe.

“It's a terrible decision,” Berg said of the EU guidelines. “It really reminds of a Europe we wanted to forget.”

Berg said he has invested in a $2 million initiative with other Israelis and their supporters worldwide to market products from the settlements and Israel around the world.

“Of course I'm worried,” he said. “But I will take care to profit from this. We will make sure it's the opposite.”

Besides wine, other settlement industries that will be singled out include Dead Sea cosmetics company Ahava, olive oil producers, and vegetable and date growers in the Jordan Valley. 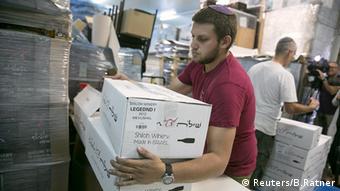 Avi Roeh, spokesman of the umbrella settler group, Yesha Council, said his organization wrote a letter in protest to the EU.

“We see it as damage to the sovereignty of Israel,” Roeh said.

Roeh noted that settlement goods are already subject to additional import tariffs in Europe, which offers exemptions for Israeli products from inside the state's 1948 borders. Roeh said the Israeli government compensated settlement businesses for losses incurred because of the differential tariffs, and he expected similar assistance for damage due to labeling regulations.

Roeh said about 80,000 Palestinians work in Israeli businesses in the West Bank, and that they would be the first to feel the impact of a settlement boycott.

“People who are genuinely concerned about Palestinian workers should take action to end Israel's deliberate destruction of the Palestinian economy and its exploitation and oppression of our people,” he said in a statement Wednesday.

Palestinian winemaker Canaan Khoury said he was unsure whether the EU guidelines would affect his Taybeh Winery, founded in 2013, in a village outside Ramallah. Khoury said he exported about a tenth of the 30,000 bottles he produces a year. Nonetheless, he said he supported labeling settlement products.

“We have three settlements on Taybeh's land,” he said. “They consume a lot of water available to us. They have priority access to water and it's very hard to irrigate the vineyards.”

Israeli wine expert Tal Gal Cohen said Israeli wine production in the West Bank has grown dramatically in the last 15 years, driven in part by government investment in Israeli wineries, and partly by ideal conditions of high altitude and sharp differences in temperature between day and night.

“The wines are stronger, with more flavor and aroma” than those grown in the Galilee, Cohen said. Although some winemakers might fear a European boycott, Cohen doubted the new regulations would cause a great deal of damage.

“For Jews around the world it doesn't matter,” he said. “They are looking for quality kosher wines.”

The EU voted not to label products from Jewish settlements in Palestinian areas, settlements which are illegal under international law, as Israeli products. The Israeli government responded by cancelling bilateral talks. (11.11.2015)

The European Commission has imposed labeling on goods produced in Jewish settlements on occupied land. The move has been a long time coming as the European Union does not recognize Israel's 1967 occupation. (11.11.2015)

The US president and the Israeli prime minister will meet at the White House this week amid growing tensions. Among the topics the two will discuss are Iran and the ongoing violence between Israelis and Palestinians. (09.11.2015)