EU leaders agreed to ban Belarusian carriers from flying over the bloc's airspace. The move comes after Belarus forced a passenger plane to land in order to arrest an activist journalist. 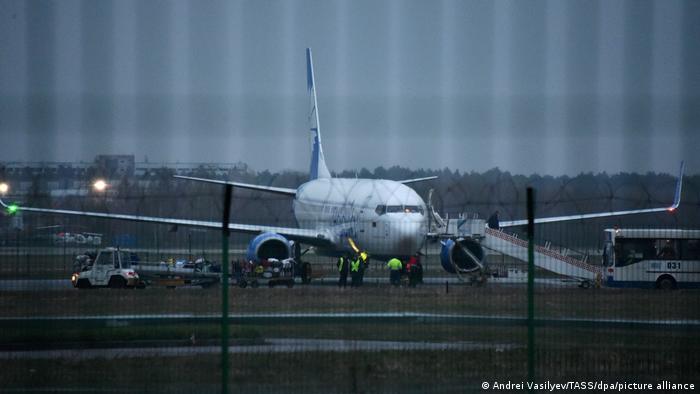 Belarusian airlines would not be able to fly in the EU

The EU on Monday agreed to slap new sanctions on Belarus, after Minsk forced a plane flying over its airspace to land in order to arrest a Belarusian dissident onboard.

In response, the EU leaders decided to ban Belarusian carriers from flying over the bloc's airspace. The sanctions were approved during a summit in Brussels.

The EU called on European authorities "to adopt necessary measures to ban overflight of EU airspace by Belarusian airlines and prevent access to EU airports." They also requested EU carriers to refrain from flying over Belarusian airspace.

German airline Lufthansa said Monday it would temporarily suspend its flights over Belarus until further notice, along with Latvian airline Air Baltic and Scandinavian airline SAS. 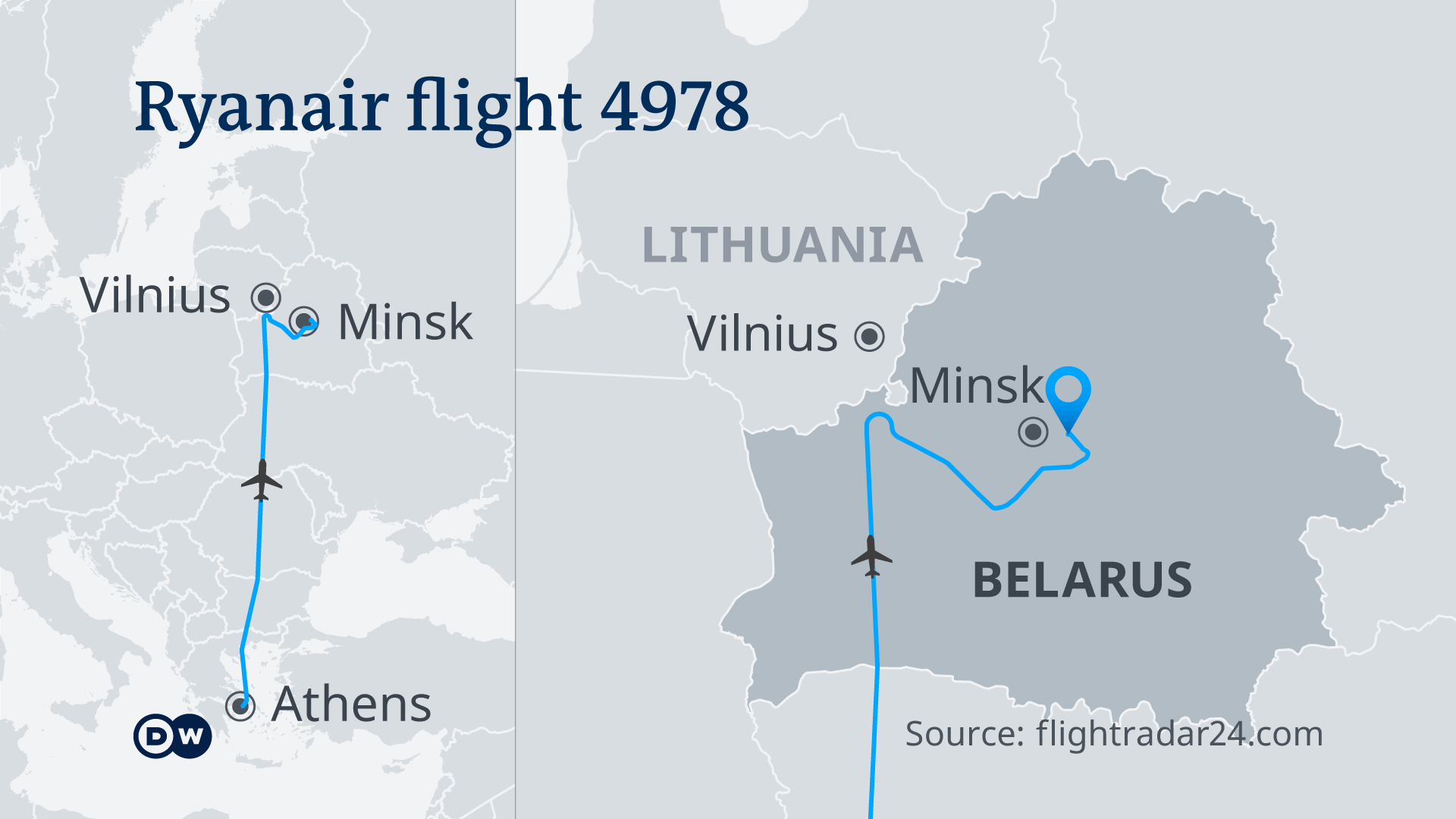 In addition, the Ukrainian government stopped flights between Ukraine and Belarus and instructed Ukrainian aircraft not to fly over Belarusian airspace.

The UK has also ordered British planes to avoid flying over Belarus.

Why is the EU sanctioning Belarus?

EU leaders condemned the arrest of 26-year-old Raman Pratasevich, a Belarusian dissident and blogger who was detained in Minsk after the Belarus authorities forcibly diverted his flight. Originally, the exiled blogger was traveling from Athens to Vilnius. However, the Belarus military scrambled a fighter jet while the Ryanair aircraft was in the Belarusian airspace.

On Monday, the EU bloc called for the release of Pratasevich and his girlfriend Sofia Sapega, who was also taken into custody by Belarusian officials.

The bloc urged the International Civil Aviation Organization investigate the incident. Some European leaders have characterized the event as state-sponsored "hijacking" or "piracy" of a passenger aircraft.

What have Belarusian authorities said about the incident?

Belarusian authorities have claimed the plane was at risk due to a bomb threat from Palestinian terrorist organization Hamas.

Hamas spokesperson Farzi Barhoum has rejected the claim, and said the group did not any issue any threat towards the airliner.

Merkel: 'All the explanations are implausible'

German Chancellor Angela Merkel has characterized the Belarusian government's account of the incident as "completely implausible."

Belarus has also claimed Western countries are making "unfounded accusations" about the event for political reasons. Russia, an ally of Belarus, has defended Minsk's handling of the crisis.

US President Joe Biden welcomed the news of EU sanctions and said his administration was looking into "appropriate options to hold accountable those responsible, in close coordination with the European Union."

In a statement, Biden described the diverting of the Ryanair flight as "outrageous" and "shameful."

"I join the many calls for an international investigation to ascertain the complete facts of the case," said Biden.

EU leaders discuss what action to take against Minsk