In 2013, governments in Europe were able to substantially lower their budget deficits, according to the latest EU data. Nevertheless, EU countries are still laboring under huge and even burgeoning debt mountains. 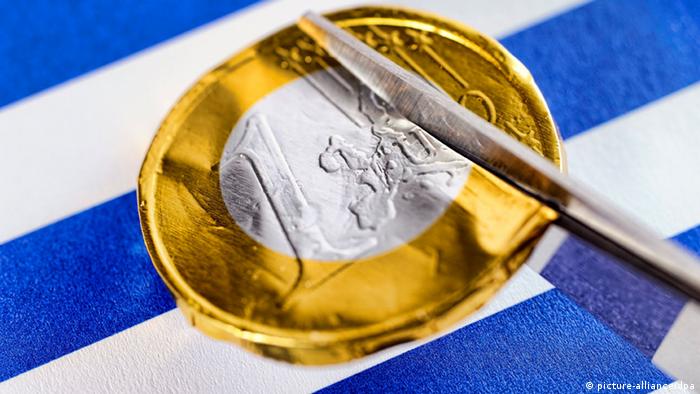 Last year, governments in the 18-nation eurozone cut their budget deficits to an average of 3 percent of their overall gross domestic product, down from 3.7 percent in 2012, according to the newest figures released by the EU statistics office, Eurostat, on Wednesday.

Under the EU treaty, however, governments in the bloc are allowed to run budget shortfalls of not more than 3 percent per year. Nevertheless, 2013 was the fourth consecutive year in which governments across Europe were able to slash their deficits, Eurostat said, coming down from an average deficits of more than 6 percent in 2010.

In broken down figures, the Luxembourg government was the only country that logged a budget surplus last year, up slightly by 0.1 percent. Germany had its public finances largely balanced in 2013, while all other countries ran deficits.

Recession-hit Greece was high in the group of EU deficit laggards with a shortfall of 12.7 percent of its GDP. The figure was, however, lower than predicted by the EU executive Commission, which had forecast a deficit of more than 13 percent for Greece. In 2010, Athens had to be bailed out with 240 billion euros ($332 billion) in rescue loans from international lenders. On Wednesday it claimed it had logged a so-called primary surplus in its 2013 public finances of 1.5 billion euros. A primary surplus means government expenditure excluding outlays for servicing government debt.

Other EU countries with severe budget deficits were Slovenia, minus 14.7 percent, Ireland with a shortfall of 7.2 percent and Spain where the deficit-to-GDP ration had been 7.1 percent, Eurostat said.

In spite of massive government efforts to reduce budget deficits, most countries in the 28-nation EU are still sitting on huge mountains of debt. Sixteen member states have accumulated sovereign debt higher than 60 percent of their GDP, which is the threshold allowed under the EU treaty.

Unsurprisingly, Greece has the highest debt-to-GDP ratio with 175.1 percent, Eurostat data showed. The eurozone country is followed by Italy, 132.6 percent, Portugal with 129 percent and Ireland which has debt to the tune of 123 percent of its GDP.

Estonia, Bulgaria, Luxembourg and Latvia are the least indebted nations, owing the equivalent of between 10 percent and 38 percent to their lenders.