EU fines Mastercard more than half a billion euros 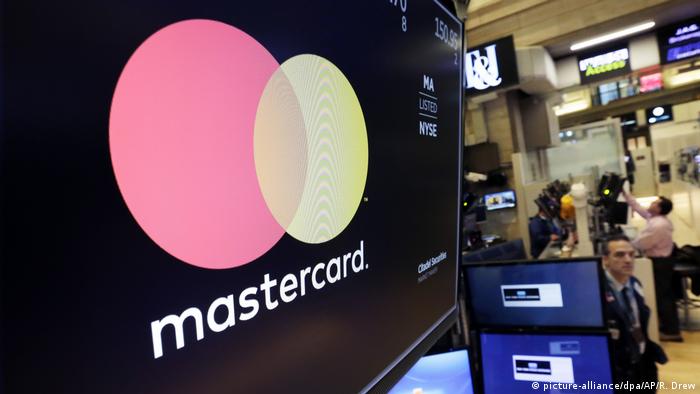 The European Commission on Tuesday fined Mastercard €570 million ($648 million) for preventing retailers from looking for better card payment terms at banks around Europe.

The Commission, which monitors competition, said that Mastercard's rules prior to 2015 forced retailers to pay certain bank fees in the country they are located rather than let them shop around.

Mastercard, which also controls the Maestro brand, is the second-largest credit card program in Europe.

EU Competition Commissioner Margrethe Vestager said that "By preventing merchants from shopping around for better conditions offered by banks in other member states, Mastercard's rules artificially raised the costs of card payments, harming consumers and retailers in the EU."

A breach of anti-trust rules

When a customer pays a retailer with a credit card, the store's bank pays a fee to the cardholder's bank. The retailer's bank then passes this fee on to the store, which increases costs for customers.

Prior to 2015, the level of these "interchange fees" varied widely across Europe, but Mastercard's rules at the time required banks receiving card payments to apply the fee set in their home country.

"This led to higher prices for retailers and consumers, to limited cross-border competition and to an artificial segmentation of the single market," the EU Commission said.

"On this basis, the Commission concluded that Mastercard's rules prevented retailers from benefiting from lower fees and restricted competition between banks cross border, in breach of EU anti-trust rules," the Commission added.

The Commission said the infringement ended after Mastercard changed its rules following the introduction of the Interchange Fee Regulation.

The fine would have been higher, but Brussels reduced the amount by 10 percent to thank Mastercard for cooperating.

Italy: Leonardo da Vinci copy handed back to museum that didn't know it had been stolen 4h ago