EU environment ministers met for a second day to discuss a common stance on tackling climate change, committing to a 30 percent reduction of carbon dioxide and financial support for developing nations. 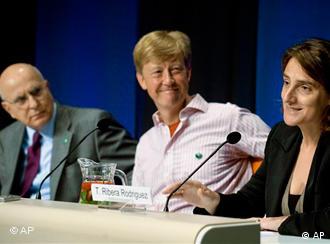 Environment ministers sat down at the table for talks

Sweden's Environment Minister Andreas Carlgren says the European Union will use all its influence to get the international community to cut carbon dioxide emissions by 30 percent during talks on a new climate deal at the end of the year.

The EU will hold a summit in October to set down its policy for global negotiations on a new pact to cut greenhouse gas emissions, Carlgren said at a press conference Saturday in the Swedish town of Are, where EU environment ministers were holding a summit.

Carlgren said the summit would be preceded a few days earlier by meetings of EU finance and environment ministers on October 20-21.

"The EU will give its full and final mandate for the talks in Copenhagen," he said in reference to the UN climate summit taking place in the Danish capital in December.

Calgren also stressed the need for developed nations to be prepared to financially support developing nations, so that the latter will be better able to deal with the impacts of climate change. 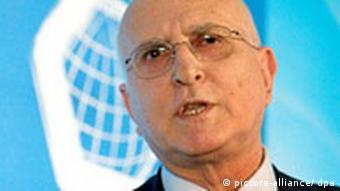 Although many experts are optimistic that a deal will be struck in Copenhagen, they also fear the financial crisis could force governments to focus on their struggling economies, at the expense of global environmental concerns.

EU Environment Commissioner Stavros Dimas, speaking to delegates on Friday, stressed that the global financial crisis was "no reason to slow down", but more an "opportunity for decisive action". He added that moving towards a low-carbon economy would allow the 27-member bloc to take advantage of "the fast-growing markets for environment technologies, services and products."

A leading British expert on the economic impact of climate change, Lord Nicholas Stern, discussed measures such as pricing carbon as well as the advantages of building up energy-efficient technology.

"We understand the basics of what we have to do" in terms of setting targets, he said, as well as identifying areas where action and technology are needed. "What is left is political will," Stern said.

Stern told reporters that there are signs of political will in Europe, while in the US it was "emerging", both at federal and state levels as well as in the private sector. In China, it was already underway.

However, emerging economies, such as India and China, have refused to commit to greenhouse emissions cuts until developed countries - particularly the US - do the same. 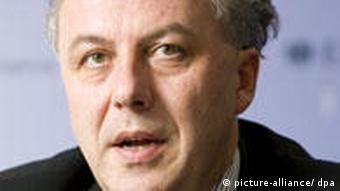 The issue generating the most debate at the conference was that of the "carbon tariff" supported by France.

Germany forcefully rejected a proposal to impose a CO2 tax on products from countries that are not taking steps to reduce greenhouse gases.

Matthias Machnig, Germany's State Secretary for the Environment, argued that the tax was a violation of WTO agreements, whose goal it is to minimize barriers to trade.

"The signal would be – and that is what some of the developing countries always fear – that this is a new form of eco-imperialism, that we are closing our markets to their products," he said. "We have to build up trust, not show what kind of economic instruments we can build up to put pressure on them."

France first promoted the idea of a carbon tax during EU climate negotiations in 2008, arguing that it would help create a "level playing field" for European companies competing with firms from countries that have not put a price on carbon emissions.

If a global pact on climate change is not achieved in Copenhagen, France is asking that the CO2 border tax be reconsidered.

Sarkozy calls for a global organization on the environment

Poland's Jerzy Buzek has been elected the European Parliament's first president from the former-communist east. The right man for the job, says his predecessor Hans-Gert Poettering in an interview with Deutsche Welle. (14.07.2009)