EU ends Kosovo rule of law mission amid criticism over results | Europe | News and current affairs from around the continent | DW | 14.06.2018

The EU's rule of law mission in Kosovo is handing over responsibility for judicial affairs to local authorities. Critics say the decade-long program failed to hold high-level criminals and corrupt officials to account. 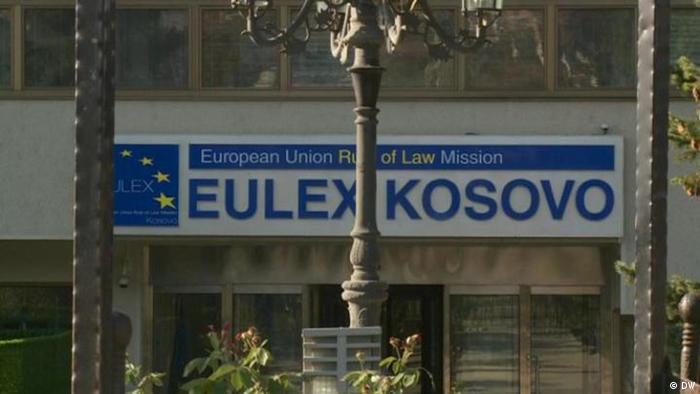 Rule of law does not come cheap, as the case of Kosovo demonstrates. Almost €1.5 billion ($1.7 billion) in European Union funds were shelled out for the bloc's latest mission aimed at upholding the rule of law in Kosovo (EULEX Kosovo). This week, the European Council announced that the judicial executive aspects of EULEX will come to an end, meaning that local authorities in Kosovo will take control of all investigations, prosecutions and trials.

The EULEX mission will, however, keep a presence in Kosovo for an additional two years to monitor developments and provide guidance.

EULEX was established in 2008, as the United Nations Interim Administration Mission in Kosovo (UNMIK) was winding down. In that same year, Kosovo, which by then had become inhabited almost exclusively by ethnic Albanians, declared itself independent from Serbia. EULEX was created to assist Kosovo in establishing a democratic state and the rule of law, which it struggled to achieve on its own due to incompetence, lack of resources, and politicized and corrupt public institutions.

Andrea Lorenzo Capussela, who served as the head of the economics unit of Kosovo's international supervisor, the International Civilian Office, supports the basic idea of EULEX. "Namely to support Kosovo in capacity building, to train and supervise locals and — most importantly — to assist it in taking control of the delicate judicial branch," he said. "Kosovo was tasked with enforcing the law." Kosovo had policemen, public prosecutors and judges who had the power to arrest and bring before court individuals involved in high-level corruption, organized crime or war crimes, Capussela explained. Moreover, they were tasked with resolving complicated disputes involving property rights and cases of privatization. 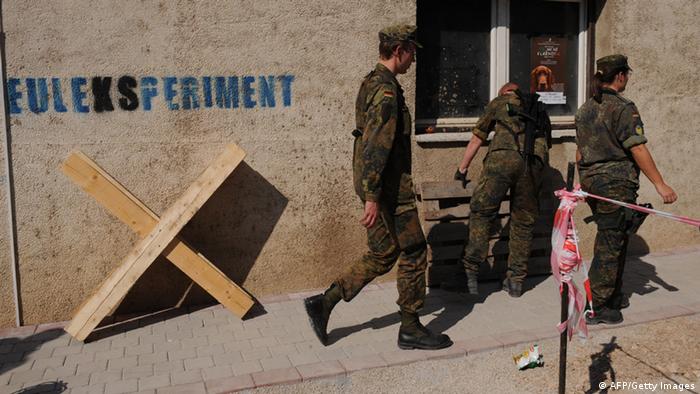 EULEX has been operating in Kosovo for a decade

When EULEX took over after UNMIK, it inherited some 1,200 legal cases, and was soon burdened with 100 more. The EU mission not only inherited a pile of work, but also locals' disappointment with UNMIK. People in Kosovo wanted a fully functioning judiciary, but instead saw one international mission replaced by another. Some 2,000 policemen, judges, prison guards and customs officers were sent to the country to cooperate with 1,000 locals.

Capussela, who wrote a book about his past experience in Kosovo, told DW why it was such a difficulty to realize the ideas underlying EULEX. "First, it was a very challenging task, requiring tremendous effort by the European Union," he said. "Unfortunately, the EU foreign policy apparatus did not prove to be as efficient as it could have been. Second, there was no political will to adequately tackle these challenges. And third, much more importance was afforded to ensuring political stability than upholding the rule of law."

Too much political interference

EULEX completed a total of 500 court cases. Some had to be dropped for lack of evidence, and roughly 800 unresolved cases have now been handed over Kosovar authorities, who are now fully in charge of all investigations, prosecutions and trials. But many EULEX critics have pointed out that hardly anyone involved in high-level political corruption or organized crime has been held accountable — even when there were clear indications of wrongdoing. It remains unclear if anything will change now that Kosovo is in control.

Capussela criticized the opportunistic nature of EULEX leaders and said they did not exert enough pressure. Instead, he said, they chose to engage in talks. Capussela blamed the "failure of EULEX" mainly on political interference. "If the EULEX director meets the prime minister or ministers, and EU ambassadors on a daily or weekly basis, it becomes very difficult for EULEX lawyers to arrest said ministers," he said.