How far should video platforms go to root out film piracy? Germany's top court has sent a case balancing claims over copyright infringement and privacy protection to its European counterpart. 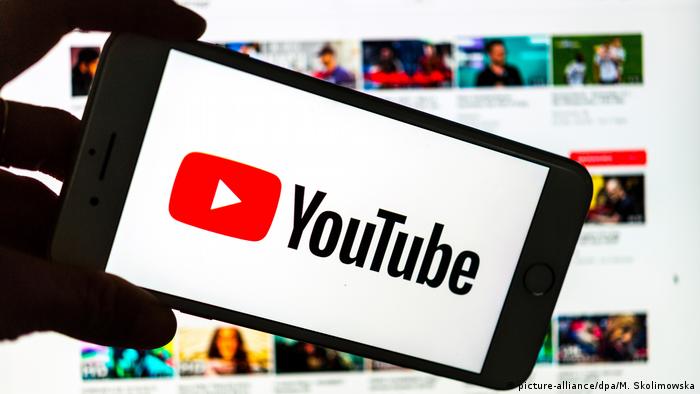 The European Court of Justice (ECJ) must decide which data video platforms must disclose if copyright protected material is uploaded illegally. The German Federal Court of Justice (BGH) on Thursday referred the matter to its Luxembourg counterpart.

The case centered around a movie producer and distributor that demanded to know from YouTube who had illegally upload full-length films on the online video platform.

Munich-based Constantin Film had the distribution rights to among other films the horror comedy "Scary Movie 5" the action movie "Parker. Three YouTube users had downloaded the full-length movies of these films in 2013 and 2014 while they were still in theater.

Constantin Film viewed this as a violation of its rights and wanted to legally pursue the three users who uploaded the films. YouTube claimed they did not have the name or address of the individuals in question.

However, the video sharing platform had the email address, telephone number and IP-address of the three individuals. This information is required to upload videos but YouTube decline to provide it.

The film company claimed it had a right to this information.

A Frankfurt lower court had previously ruled that YouTube must only provide the email addresses of the individuals.

Videos depicting risky stunts like the "Bird Box challenge" will not be tolerated, the site has said. Multiple deaths tied to YouTube stunts have been reported in recent years. (16.01.2019)

The Federal Court of Justice is to rule on whether or not Google video service YouTube is liable for copyright infringement and what damages if any are owed. The case stems from a Hamburg producer who sued YouTube. (09.05.2018)