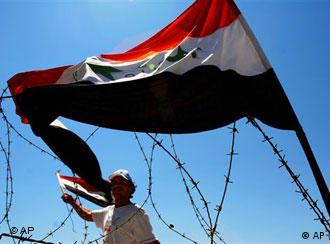 An Iraqi refugee in Cyprus, which has a large number of refugees

Approximately 12 percent of asylum seekers apply to more than one country, looking for the one most likely to accept them or give them the best benefits, EU Justice Commissioner Franco Frattini said Wednesday. This practice of "asylum shopping" must stop, Frattini said. 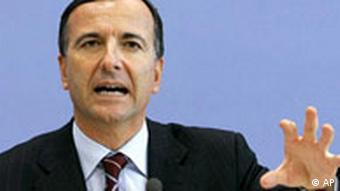 Countries such as Malta or Cyprus, where many refugees enter the EU, are under "a lot of pressure" Frattini said. There needs to be a greater amount of "solidarity" between EU countries he said.

Frattini suggested looking for ways to better share the burden of refugees between countries. The approximately 182,000 people who seek asylum in the EU each year -- half as many as in 2002 -- are unevenly distributed between countries because entry points are often concentrated in southern Europe while northern European countries often have more liberal asylum policies.

Only a few countries, such as Sweden, Finland and the Netherlands will accept asylum-seekers from other EU countries. That must change so that there are uniform criteria, he said.

"We need a fair and effective system to deal with these people," Frattini said. 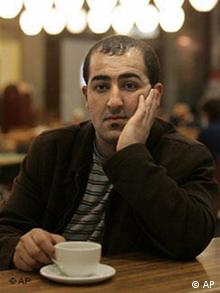 But the proposal goes beyond regularizing entry into the EU.

Frattini wants to give recognized asylum seekers who have lived in the EU for at least five years more rights. They should be able to travel within the EU and should be able to have a work permit as long as they fulfil certain conditions, such as having a regular income and health insurance.

It's unfair that in 2003 the EU granted such rights only to legal immigrants and not to integrated refugees, Frattini said.

Member states remain reluctant to cede power to the commission on asylum and immigration issues since the question touches on the sensitive concepts of citizenship and nationhood.

European refugee organizations welcomed the commission's plan as a shift away from the current approach of "deterrence and responsibility-shifting."

"Europe needs ... to share responsibility for refugee protection fairly between member states, as well as with the rest of the world," said the European Council of Refugees and Exiles (ECRE.)

Germany typically accepts only a few thousand asylum-seekers each year. In comparison, Sweden granted more than 22,000 requests, many of them from Iraqis fleeing the war in their home country.

Chancellor Merkel's government agreed to several changes in the way the country deals with foreigners, including giving more rights to refugees who have lived in Germany for years without official status. (28.03.2007)

The EU has promised to help Sweden deal with an influx of Iraqi refugees as the country, which takes in nearly half of the Iraqis who flee to Europe, struggles with increased human trafficking. (16.02.2007)

The European Commission has branded Switzerland's new stringent asylum laws as incompatible with EU standards, following the UN's lead in denouncing the result of a referendum. (26.09.2006)