By 2020 - if the EU Commission gets its way - new cars may only emit 95 grams of CO2. Heavy vehicles will manage this through a weight factor. But, manufacturers and environmentalists disagree over this exception. 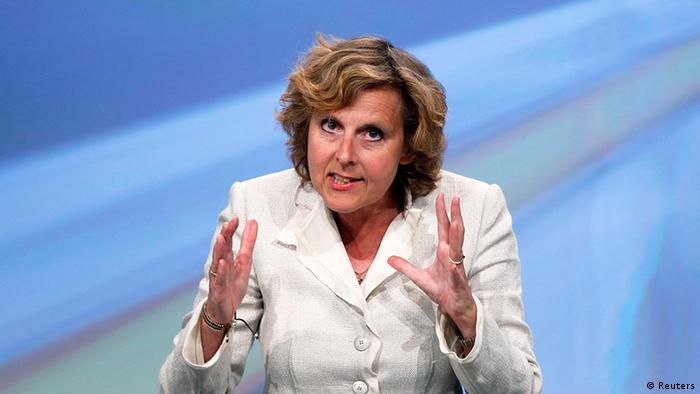 The European Commission plans to force automakers to continue lowering carbon emission levels. Until 2015, the maximum value for the average fleet is 130 grams per kilometer. By 2020, new cars would only be allowed to emit 95 grams., if proposals are agreed on.

EU Commissioner Connie Hedegaard is primarily responsible for climate change policy. She said the requirements of the commission are meant to protect the environment, but they also protect the consumer's wallets: “Anyone can see that cars are more fuel efficient today than they were a few years ago. This was not automatic. It happened because we set goals in Europe.”

Monique Goyens, head of European Consumer Protection, is full of praise. Even if cars with fuel-saving technology are more expensive, the savings on gasoline are higher over a relatively short time, she said.

"This benefits the French and Italians"

Yet not every car has to meet the EU requirements - if they did, there would be no SUVs or heavy trucks on the roads. The requirements apply to the fuel consumption of the manufacturer's entire fleet. This means that heavy trucks must be efficient in proportion to their weight.

“It's like comparing the weight of two different people. If one person weighs 160 and the other 90 kilos it would be unfair if each had to lose the same amount. Instead they must lose weight relative to their size,” said Hedegaard. 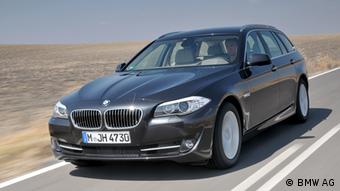 German manufacturers such as Mercedes, BMW, or Porsche, which offer many powerful models, have received some compensation. Holger Krahmer, environmental spokesman of the FDP in European Parliament, said this compensation offers them a range, but certainly does not grant them exclusion. Countries that produce mainly small cars would benefit: “It would benefit French and Italian companies and strain the German ones,” he said. 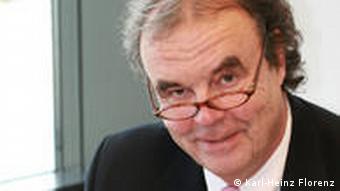 Given this exception, it is no surprise that the Green party in the European Parliament does not approve. However, CDU deputy Karl-Heinz Florenz is also against concessions on vehicle weight, “because there is not enough of an incentive to create lightweight vehicles.” He said strict guidelines would ultimately be an advantage to the Germans: “In the future, only efficient cars with highly innovative technology will be sold worldwide. In order to develop them we must demand it from car manufacturers instead of protecting them.”

Markus Ferber, a Bavarian CSU member of the EU parliament, is more cautious since BMW and Audi headquarters are in his home state: “Today, customers are demanding more fuel-efficient cars than they did ten years ago. If the consumer requires it, legislation could give it more support.”

Consumer protection advocate Goyens says heavy vehicles should make a greater contribution, “In absolute terms they pollute more. They are already expensive and the fuel saving technology is less significant. Plus the buyers can usually afford a higher price.”

Franziska Achterberg from Greenpeace in Brussels, also criticized this policy, “The new proposal favors German manufacturers.” She admits that Hedegaard, however, did resist much of the pressure to some degree.

The commission proposal is now being debated with the EU parliament and council of EU member states. Greenpeace fears that the objectives could be watered down by a provision under discussion. If it is, manufacturers could take credit for zero-emission electric cars as a part of their fuel regulations, even if they don't sell electric cars.

German politicians have discovered the question of natural resource security. Competition for raw materials is increasing along with the rise of emerging market nations. One solution: forging new partnerships. (30.04.2012)

The WHO says there is a clear causal link between diesel fumes and lung cancer. Diesel, used in cars and power generators, is now classified as carcinogenic as mustard gas, tobacco and asbestos. (14.06.2012)

Unravelling the mysteries of airplane emissions

Airplane emissions make up about three percent of human-caused greenhouse gas emissions. DW looks at the science behind these emissions in light of new EU regulations. (23.02.2012)